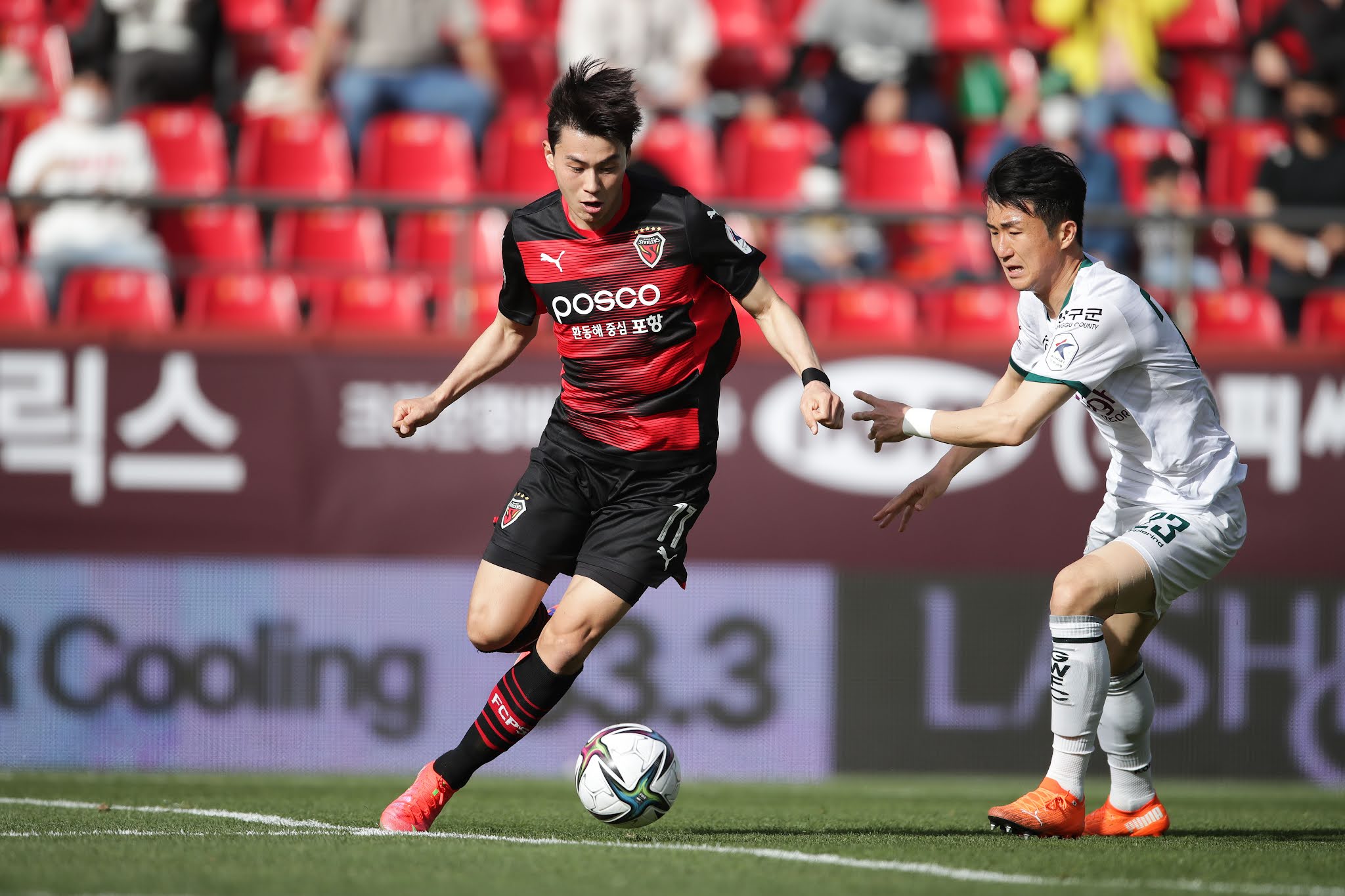 Aiming to get back to winning ways, Pohang Steelers will entertain Gangwon FC at the Steelyard in Round 35 of the 2021 Hana 1Q K League 1 season. Can the Steelers register their first league victory in a month or will Gangwon pick up a much-needed three points on Wednesday? K League United Columnist Shibajee Das previews the match.

Pohang haven't recorded a league victory for exactly a month. Back-to-back defeats in the league against Incheon United and Seongnam FC have left the Steelers in a spot of bother. Their last league win came in a thrilling 3-2 success against Gwangju FC. However, exploits in the AFC Champions League meant the Steelers made their way into the final which will be held later this month.
Coincidentally, Gangwon FC's last league victory also came against Gwangju FC. This was followed by a thumping defeat to FC Seoul and a FA Cup semi-final loss to Daegu FC. Last time out, the Bears were on the cusp of another league defeat. But Shin Se-gye turned out to be the saviour versus Gwangju in the 90th minute. A wonderful curler from way outside the box nestled into the back of the net to give Gangwon a valuable point in their bid for survival.

Pohang Steelers
The ever-reliable Kang Hyeon-mu continues to be absent through an ankle injury. He has undergone surgery for the issue and appears to be ruled out for the rest of the season. Lee Jun continues to deputise in his absence, with Kim Gi-dong revealing that the shot-stopper has played through an injury in some of the recent matches. 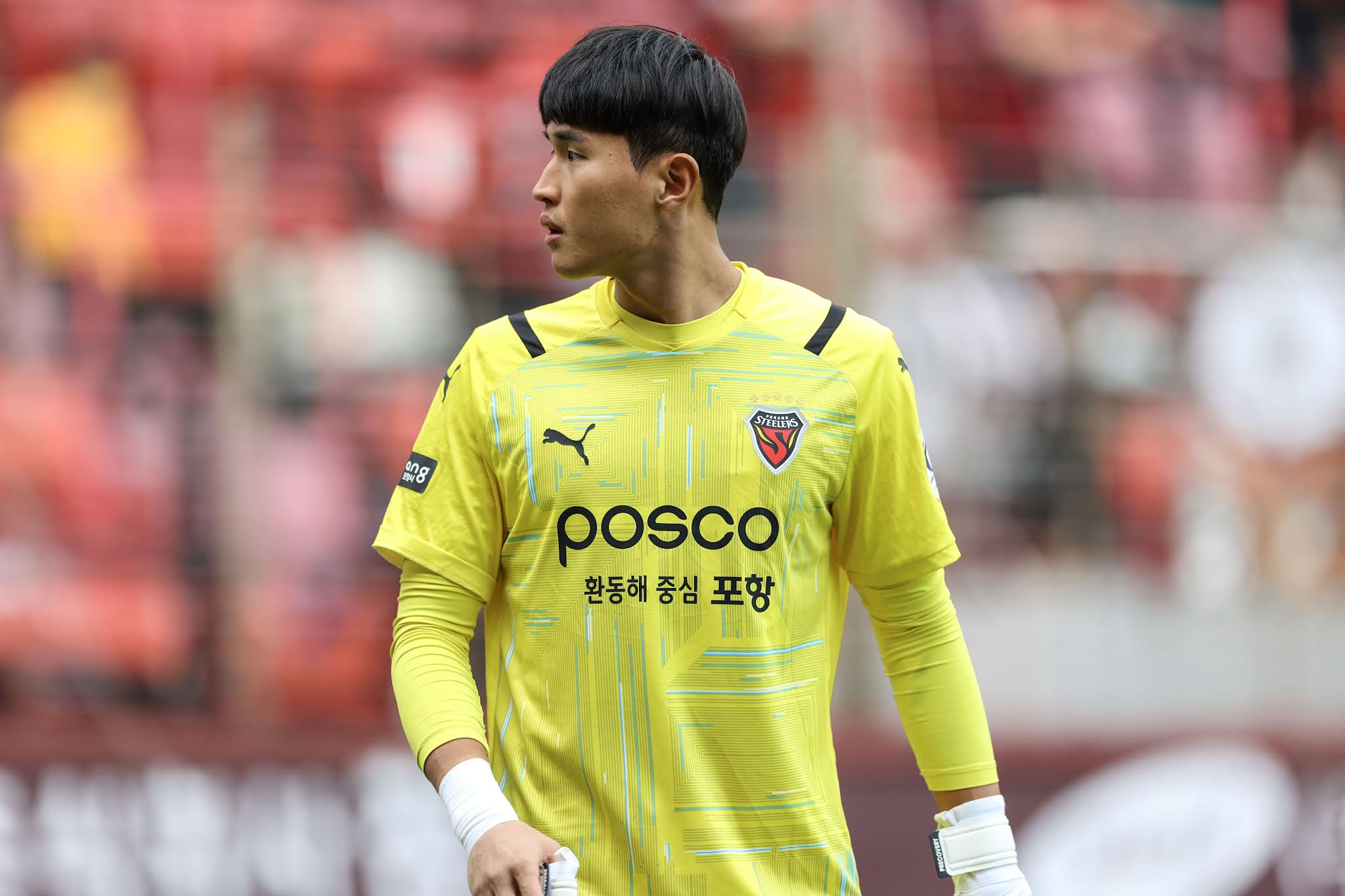 Top scorer Lim Sang-hyub could be reinstated into the starting lineup in place of Go Young-joon. In midfield, the experienced Shin Kwang-hoon is once again in line to start against his former team.

For Gangwon, the major long-term absentee is Han Kook-young who is out due to a knee injury plus the after-effects of a concussion. Vladimir Siladi came off the bench against Gwangju with Rustamjon Ashurmatov being an unused substitute. Both of them are in line to start against Pohang. 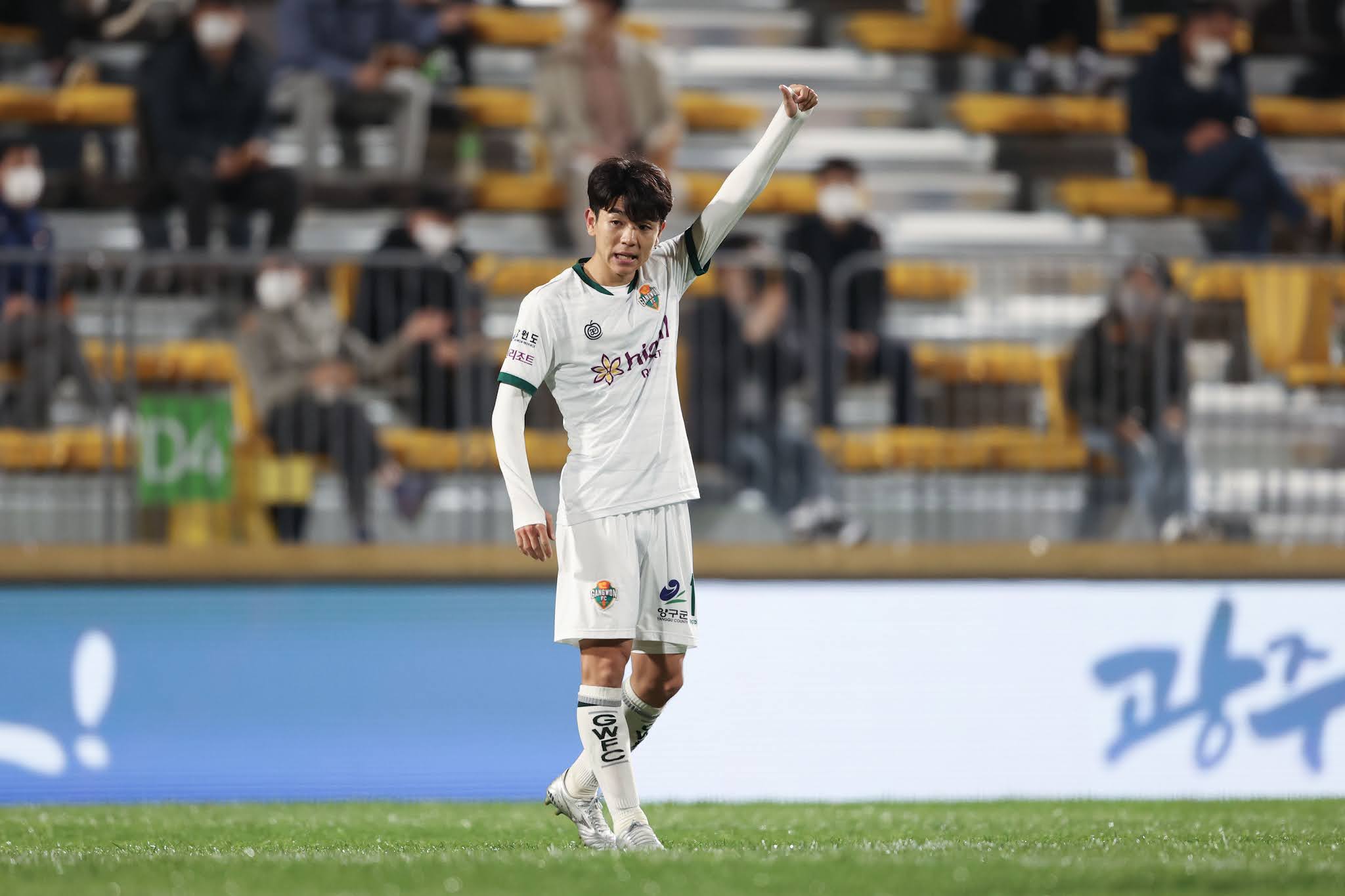 Kim Dae-won converted from the spot in the previous match and is set to play a vital role in attack in this match. He will be ably supported by Serbian Matija Ljujic. Teenage forward Park Sang-hyeok is once again expected to lead the attack.

Over the years, both teams have faced each other on 25 occasions. Pohang have recorded 12 victories to Gangwon's six, with seven matches having ended in a draw.
The teams have already faced each other thrice during the regular season. Pohang defeated Gangwon 3-1 away from home during the opening weeks of the campaign. This was followed by a 1-1 draw at the Steel Yard. Finally, Gangwon got the better of Pohang at the Gangneung Stadium courtesy of a 93rd-minute goal from Hwang Mun-ki.
[READ: 2021 K League 1 Round Final B 35 Preview]

What is Kim Gi-dong's ambition for the rest of the league campaign? 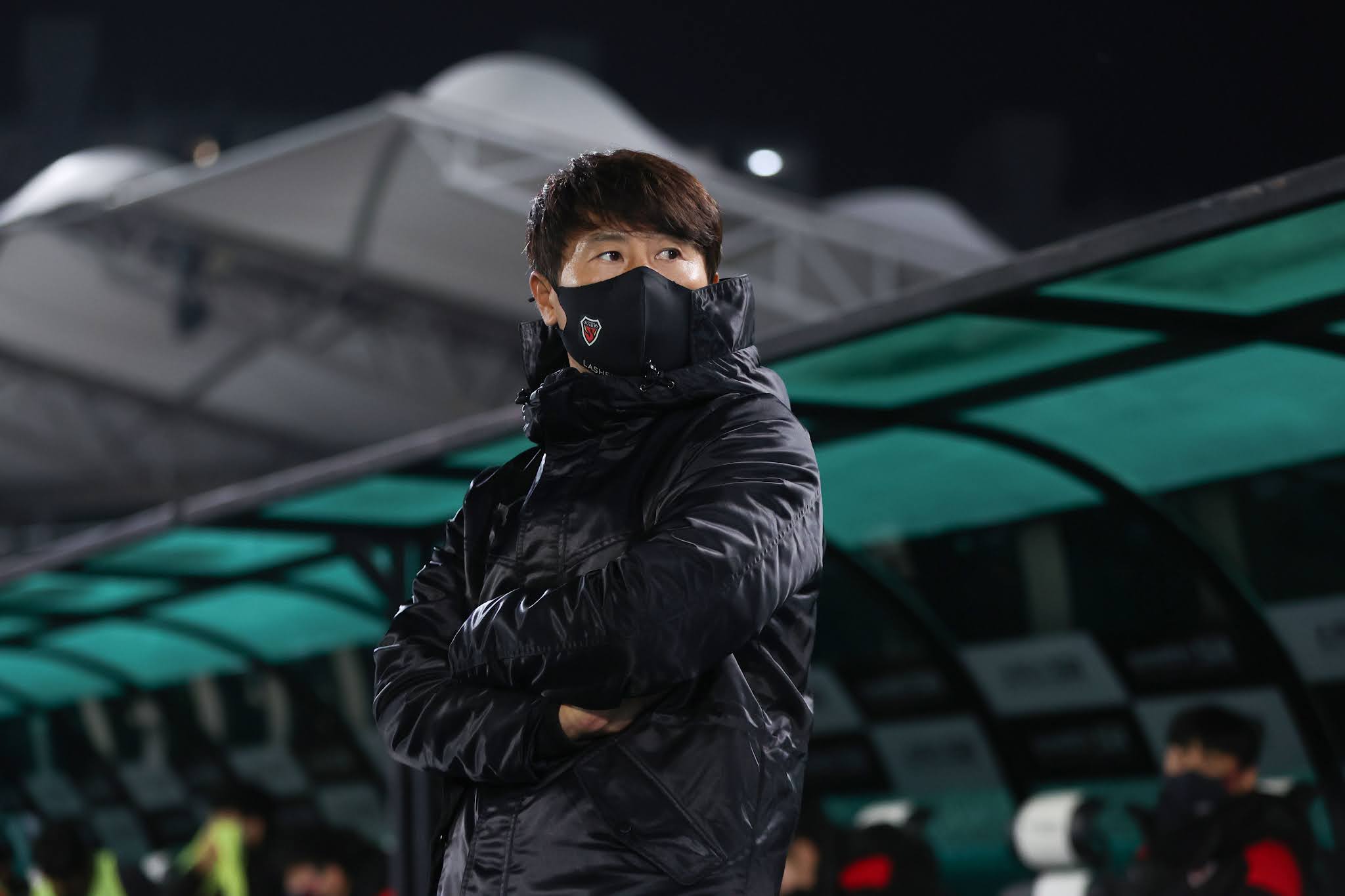 Having slipped into Final Group B of the league season, Pohang Steelers find themselves in an unusual position. They have suffered narrow back-to-back league defeats against Incheon United and Seongnam FC to leave them looking down their shoulders.
The urgency for points is perhaps more for Gangwon in this fixture. The Bears are just a solitary point above FC Seoul, who occupy the relegation play-off spot. Pohang meanwhile are in second place in Final Group B.
This leaves the Steelers in a precarious position for the rest of the campaign. There is no clear objective for Kim Gi-dong's boys and finding motivation in such a situation can often be a difficult task. The ACL final against Al Hilal is clearly their focus this month, but picking up points in the next couple of league matches will renew their confidence which can turn out to be a massive morale-booster.