"I believe that we can stay in the league": Seongnam FC striker Fejsal Mulić 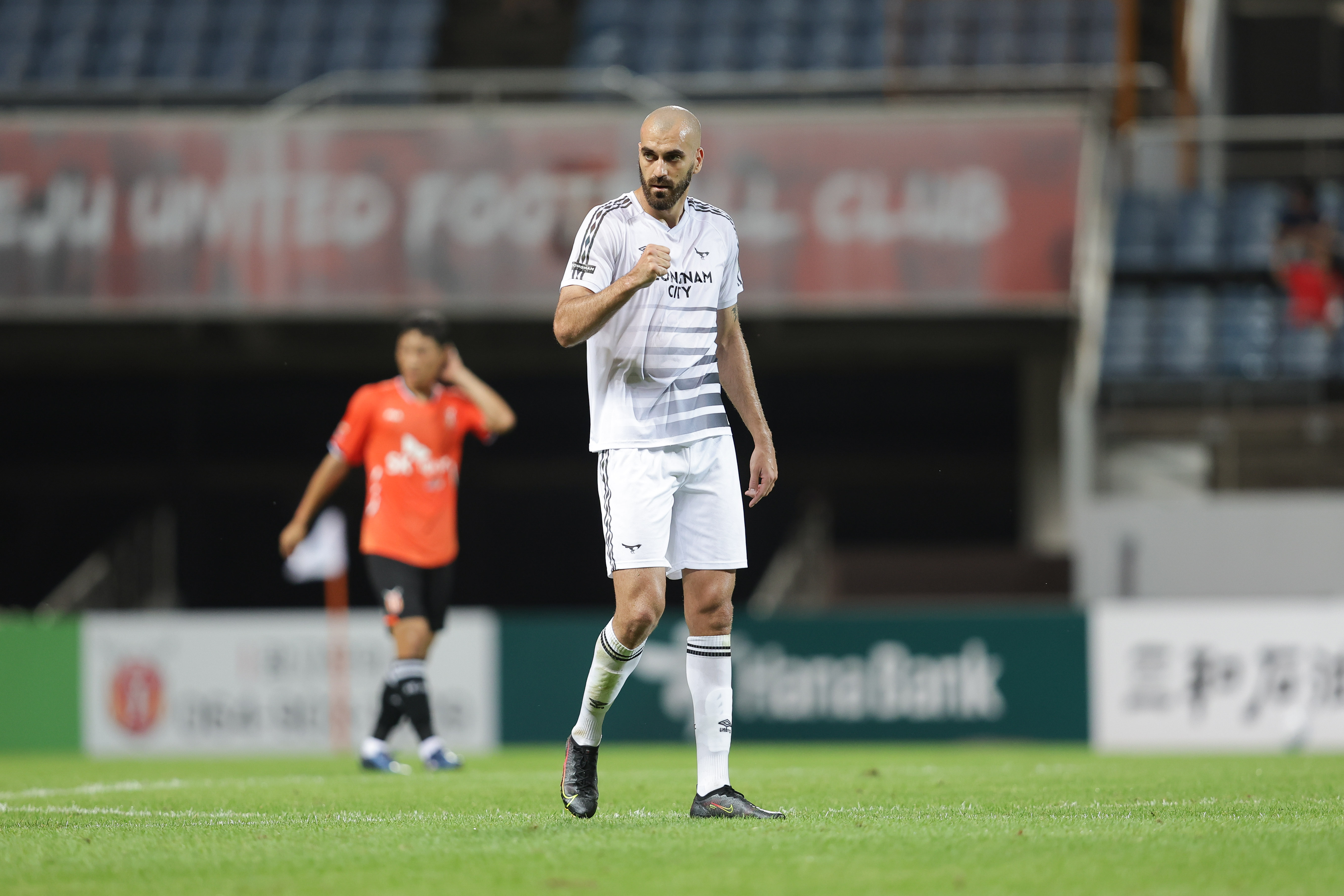 Seongnam FC striker Fejsal Mulić says he believes that the Magpies can stay in K League 1 this season, despite sitting bottom of the table. Speaking to KLeague.com, Mulić said that he makes sure he's ready when called upon and, although he has aspirations of being the club's top scorer this season, is happy to share the load with others.

Paul Neat: How did the move to K League happen?

Fejsal Mulić: "Before I played in Seongnam, I think two years before, I had some people calling me from K League, but was nothing serious. I think I was playing in Israel but still had a contract, I was playing in Hapoel Tel Aviv but from that time I wanted to play in the Korean league because (Stefan) Mugoša (ex-teammate at 1860 Munich) was playing here and I was talking with him. He said it was a very good league and when I came here it was, in the start, a little bit tough, you know? All the training, many running [but] I am enjoying it. I really like it, many running, many defending and it's not easy to score goals, you know?"

PN: What did you know about Seongnam?

FM: "I heard that Seongnam is a big club. I knew about FC Seoul and when I heard at that time [there was a] high possibility, when my agent told me there's the possibility to go to Seongnam, I was checking in internet and I talked to people and I heard it's one of the biggest club in Korea. I saw how many times champion or the Champions League, two times cup, seven times league champions. And I was like 'well, I want to go, I wish this will happen'.

"I was still on holiday in Bosnia, we had off I think three weeks. I was talking to the agent every day, I told him I want to go. I had also some good offers from Europe but I just wanted to come to Asia to try to feel this atmosphere here and this football. I checked also the last years (of Seongnam), the club was a little bit you know, lower position, [in the] second league. But I think 'okay, I go, I want to feel this. I want to play for the club. Doesn't matter what happened last year. I want to go there to help to see if maybe this year will be better.'

PN: What are the main differences between K League and the leagues you've experienced in other countries?

PN: What difficulties did you face when you first came to Korea?

FM: "Everybody asked me if it's hard for me because I'm alone, this year, last year but for me, it was really good. I like the life here and the people are very kind, very helpful and very humble. And this is good for me, I want to play harder and stay in this league."

PN: I remember there being some talk last year about how people were surprised at how fast you are because you are very tall. Did that surprise you?

FM: "I think for me, I'm not surprised but everybody was asking me how are you so tall and can be so fast. As a joke, I tell them it's training, and they say 'I'm also training but I'm not fast.' I say, 'it's private trainings, I don't want to show to no one'."

PN What's manager Kim Nam-il like to work with?

FM: "For me, very good. Every time if I make something in the game, like some moments, every time in a meeting with him, he's showing me the video, showing me in the moment what should I do. And these things help me and also in the trainings, he put some more training for me, you know, finishing these kinds of things. And for me, I like him. I think he's a very good man."

PN: You scored some very good goals recently, two against Jeju. How are you able to have the confidence to do that even when things aren't going to well for the team?

FM: "I take confidence only from my training. Because I know myself if I don't train good, my game will not be, you know what I mean? I try even if I didn't play, I try in the friendly games, in the training, I [give] 100%. Also like I told you, I also after training make this action (shooting). Like the goal, the first one I scored against Jeju, I [practiced] this thing two days before the goal. After training was finished, I make the action like that I control and move and shoot.

"I try to hit it also from the left side from the right, from everywhere and doing things like this. And I saw the opportunities I think I'll shoot, why not? Everybody's surprised but for me, I go with full confidence like this. I try to stay calm. You know, I'm religious. I pray, I train harder and I hope I believe that we can stay in the league, that I can do more better than now."

PN: Your goals have been very important to Seongnam. I counted and they were the difference in six more points this season so far, 14 more last year. Why does the manager not start you in every game?

FM: "I don't know really, I will be honest because many games I didn't start and many games I played 10 minutes, five minutes. But I didn't want to know because when you are alone, you don't want to come home and think about this, to be frustrated to be negative. Like I told you, I'm religious. My mentality is, thank God, very strong. All the time I push myself to be positive. Even if I don't play, I want to train the best you know, to keep my shape to keep my confidence and that's it. Of course, sometimes you get crazy 'why I don't play, I want to help my team.' Last year I played every game, this year I don't play. Sometimes these things come into your mind. I try to push myself to be positive and don't think about this because you lose your confidence. I don't want these things to happen to me."

PN: Last year you were the leading goal scorer by a long way. This year, Koo Bon-cheol has the same amount.  Does that make you push harder to become better? Or is it a relief to have somebody helping you score goals?

FM: "For me, it's a relief because this guy is also giving me good passes. I'm happy, I'm not looking like somebody will score more than me and this in this situation for me is important for anybody to score. Of course, I want to score. I want to be the top scorer and this is on my mind. I'm working for this. But also I'm happy even if I don't score. If he scores I'm happy. In this situation, we are last on the table. The most important for me now is anybody even the goalkeeper scores. I just want us to win the game even if it's 1-0,1-0 - we need points."

PN: Finally, what message do you have for the Seongnam fans?

FM: "I just want them to continue to be with us, to believe in us. And I believe if we stay positive and together while they support us together until the end, I believe we can stay in the league. I believe in that and I want to thank them for all the messages, support, and everything."