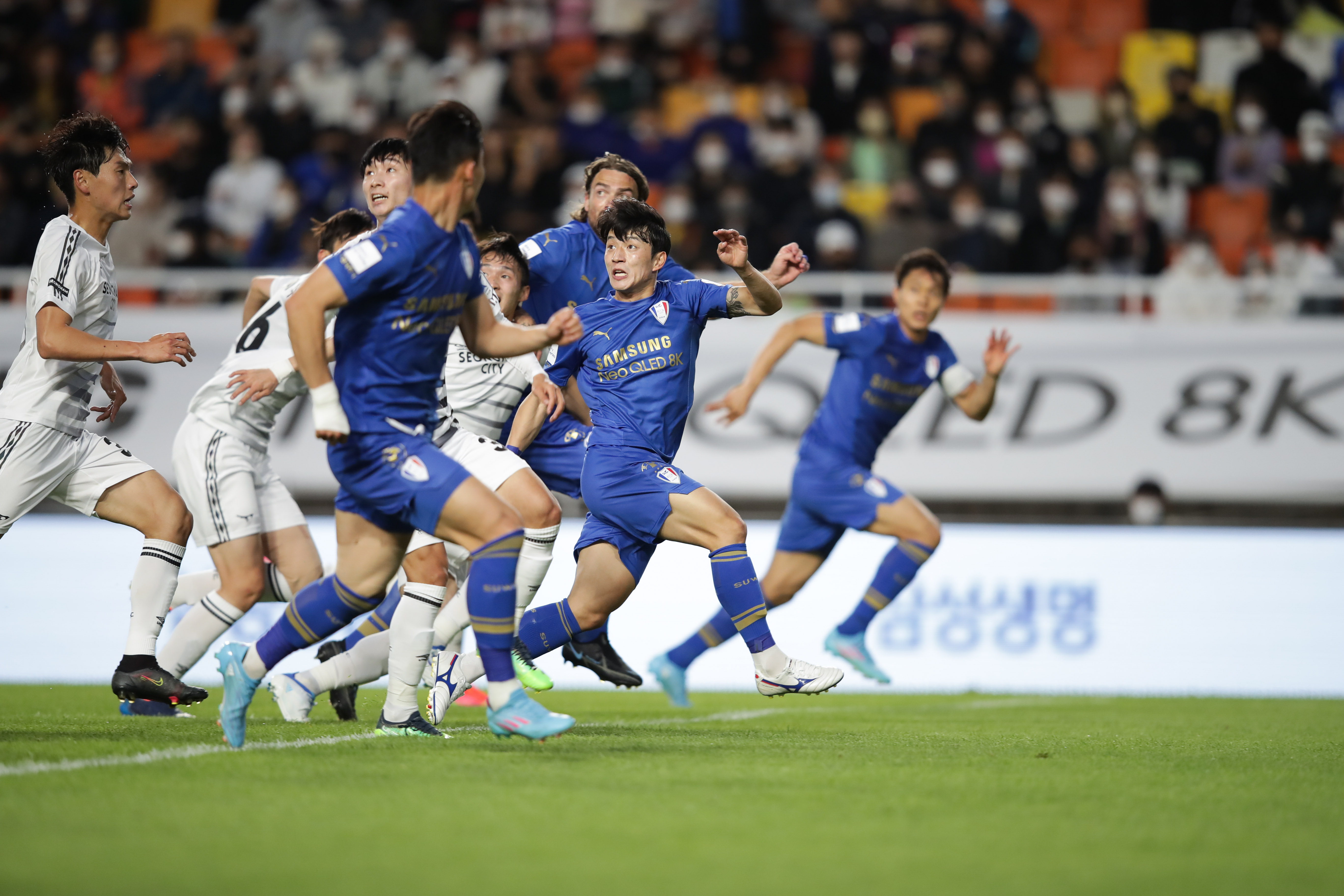 In Round 28 of the 2022 Hana 1Q K League 1 campaign, there are six games spread across three days. There are relegation six-pointers, key matches in the race for AFC Champions League qualification, and everything in between. 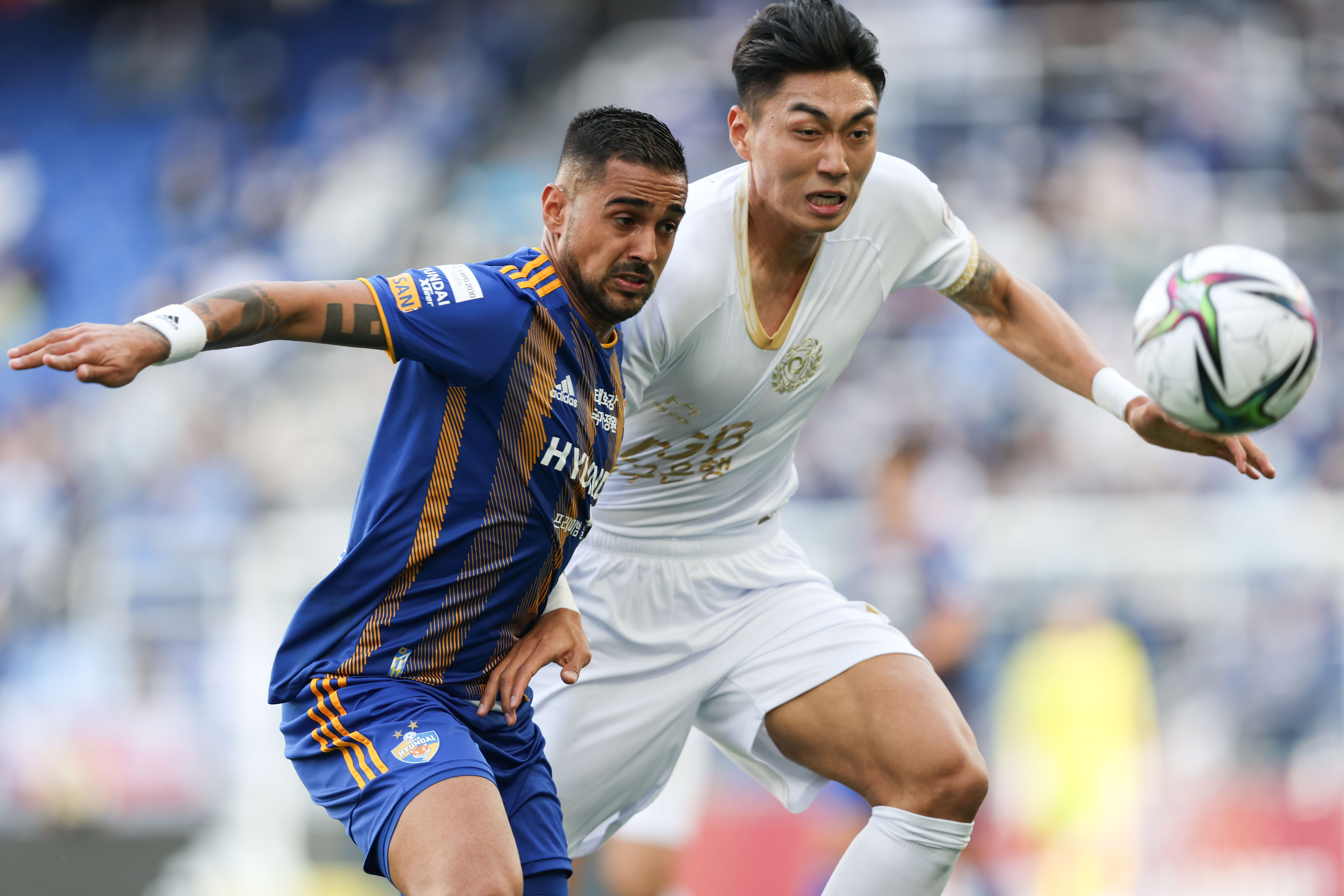 After coming out of last weekend's huge clash with Jeonbuk unscathed, Ulsan Hyundai this Saturday are tasked with seeing off the challenge of a Daegu FC side fighting for survival. Ulsan will have had one eye on Jeonbuk's midweek match with Suwon FC but will have known that, regardless of the outcome, a positive result is against the Sky Blues is of utmost importance. The Horangi head into Saturday on the back of two straight draws and so will be keen to return to winning ways but, glass half full, are six unbeaten. Daegu, meanwhile, haven't won since mid-June, nine matches ago, and have lost their last three, two of which were following late winners for the opposition.

If Daegu are to return to winning ways then manager Alexandre Gama will be hoping that his players can improve their shooting accuracy. In that regard, the Sky Blues have the lowest accuracy percentage in the division at 32.6%. However, they have shown themselves to be good in the air defensively and have the league's second-best aerial duel success rate. This will be put to the test as Ulsan rank third for crosses, most of which come from the right-hand side. The most recent meeting from this season ended in a 1-1 draw, Zeca levelled late on from the spot to cancel out fellow Brazilian Leonardo's opener. The first meeting of 2022 ended in a 3-1 win for Ulsan. 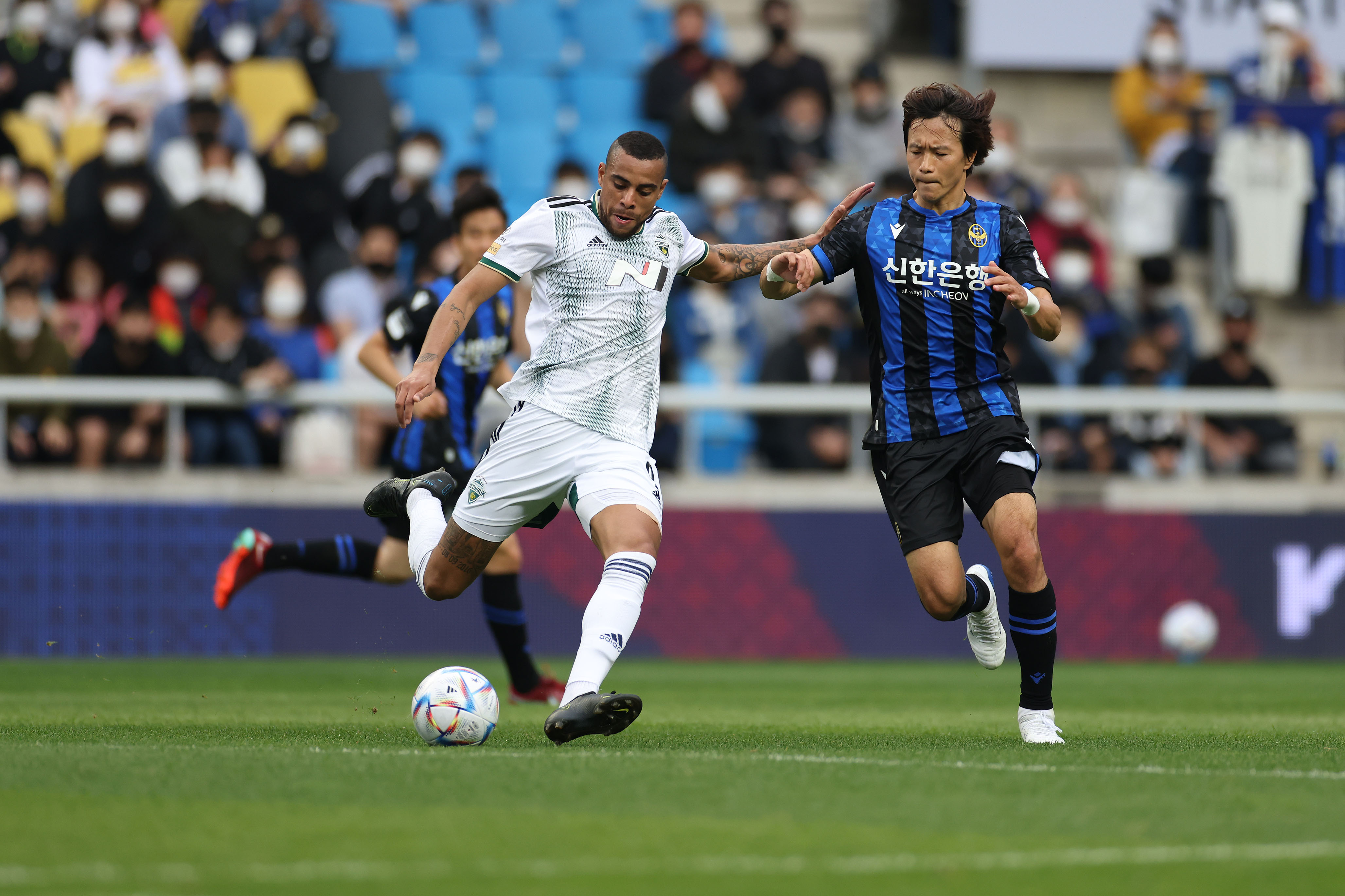 In the dizzy heights of the top four, Incheon United on Saturday take on second-placed Jeonbuk Hyundai Motors. Despite Stefan Mugoša departing the club earlier this summer, Incheon remain in the hunt for a place in the AFC Champions League, sitting fourth and level on points with Jeju United. The Durumi have just one loss in five with two wins and two draws heading into the visit of Jeonbuk.

The Green Warriors were in action midweek and managed to squeeze past Suwon FC in a 1-0 win. Song Min-kyu grabbed the game's only goal in the first half, his first since February in a game which was also against Suwon FC. The win has taken the Green Warriors to within three points of Ulsan, albeit having played one game more.

Incheon will be looking to their summer recruit Hernandes for inspiration as had a say in all three goals in the 3-2 win over Daegu FC last time out. The Brazilian, who signed from Gyeongnam FC in July, scored one and assisted two at DGB Daegu Bank Park and also teed up Kim Bo-seop in the 1-1 draw with Suwon FC in the game prior. Incheon's last win over Jeonbuk dates back to March 2018 - 13 meetings ago - but the most recent encounter ended 2-2 with Incheon coming back from 2-0 down to earn a point late on. 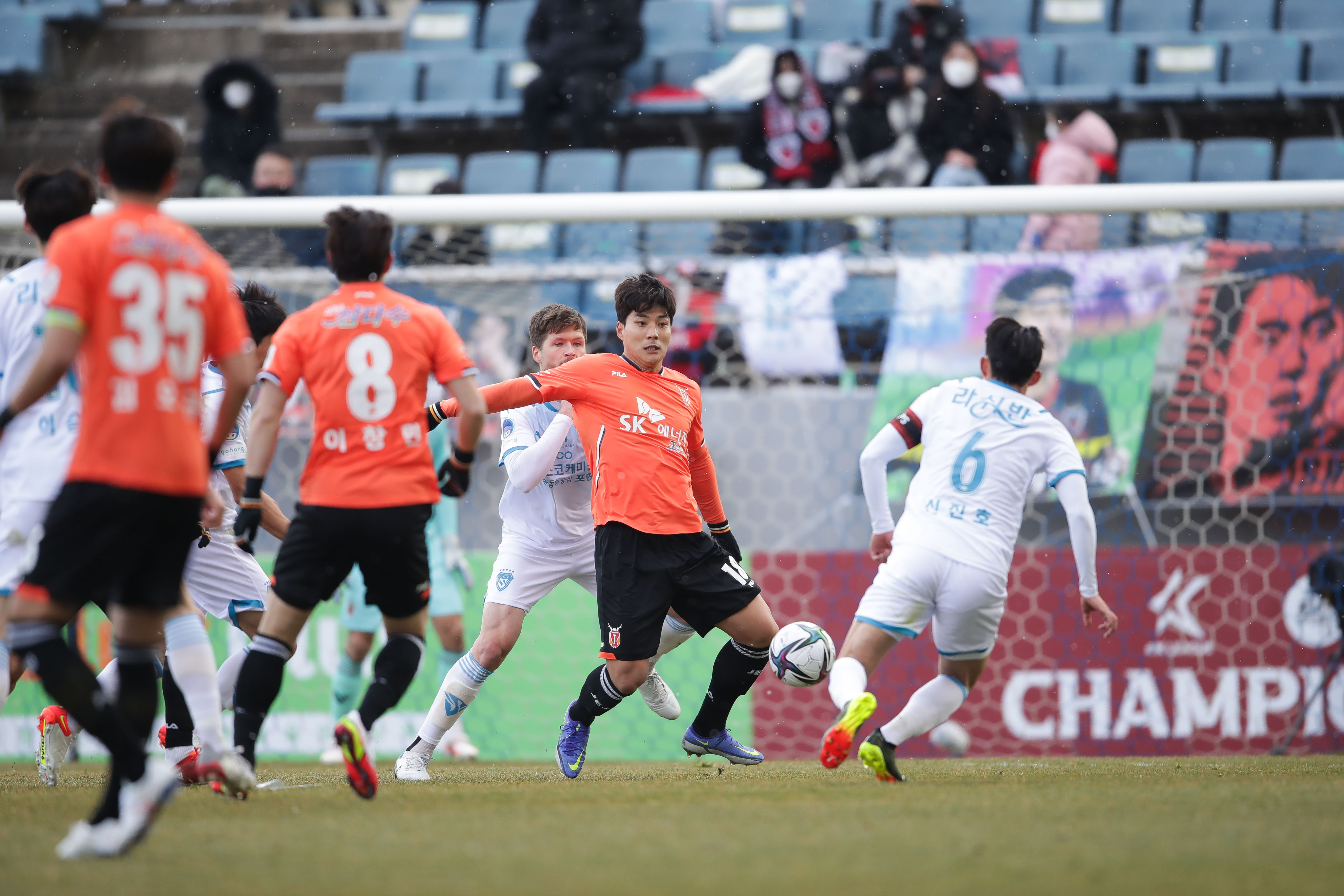 Jeju United hosting Pohang Steelers is a battle between two of the main AFC Champions League qualification contenders. The Steelers, currently in third, are in good form with just one loss in seven with five wins - two of those wins on the spin. Jeju were second in the table at one point - as recently as Round 16, in fact - but have since slipped to fifth following a run of two wins in nine with five defeats. Manager Nam Ki-il will know full well that his team need to get back on track. A 2-0 win over FC Seoul last time out will no doubt give the islanders some encouragement.

Pohang are third and hold a six-point lead over Jeju United. A win would all but end the race for third with the Steelers firmly in the driving seat. However, a victory for Jeju United would blow the race wide open with Incheon and Suwon FC also eyeing a place in the top three. To earn the three points Jeju will be looking to improve their shooting accuracy. Currently, the tangerines are third for shots made per 90 minutes with 11.38% but accuracy is the third worst at 33.3%. Pohang, meanwhile, have the best shooting accuracy at 39.5% and are led by top scorer Heo Yong-jun who has nine. The most recent meeting ended 1-1 with Jeong Jae-hee's 78th-minute equaliser cancelling out Han Jong-mu's early second-half opener. The first of 2022 ended as a comprehensive 3-0 win for Pohang on the island. 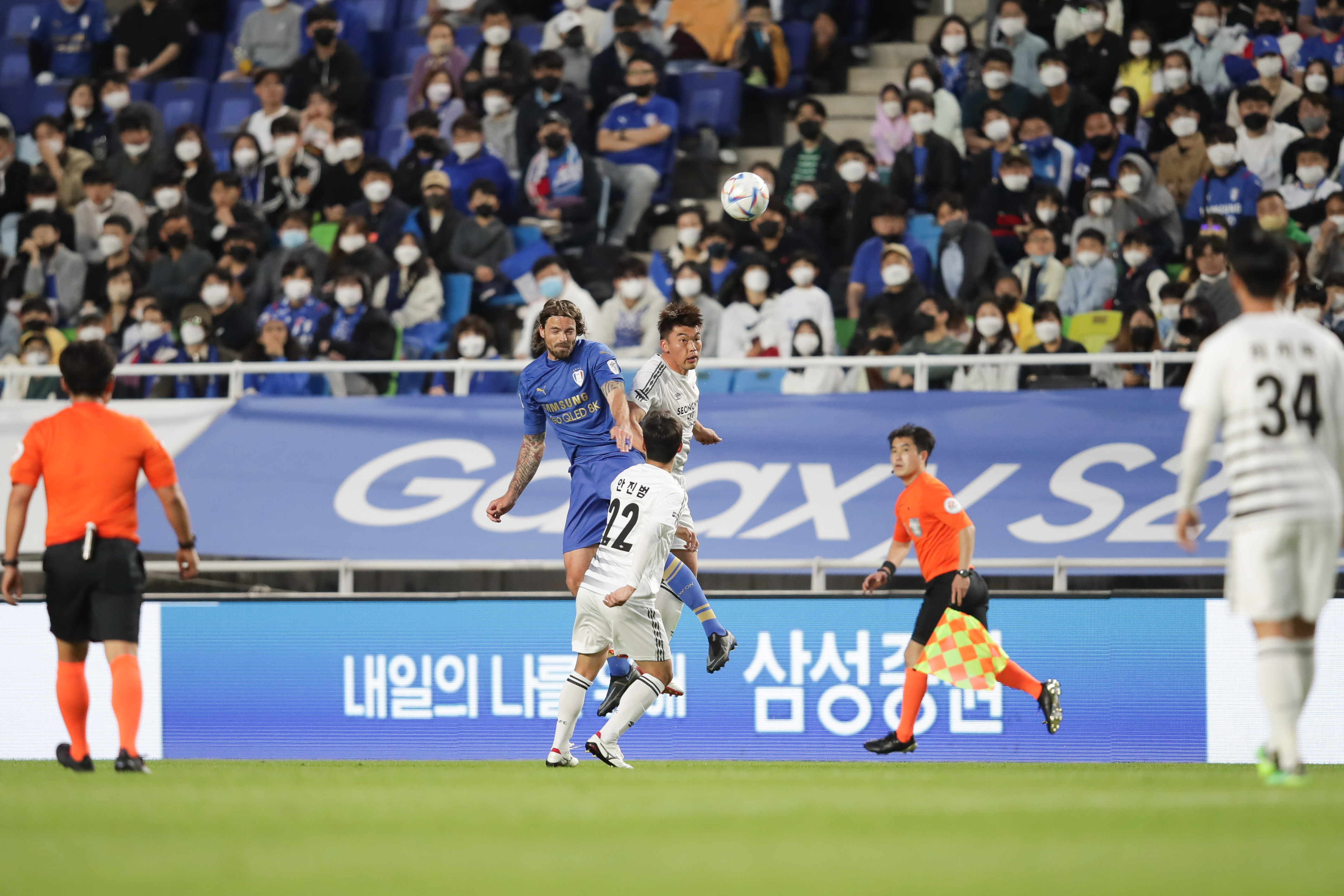 It's a true relegation six-pointer at Big Bird this Sunday when Suwon Samsung Bluewings in 11th take on Seongnam FC in 12th. The Bluewings were unable to build on their win over Daegu FC a couple of rounds ago, losing the Suwon Derby while conceding four in the process last time out. Suwon may be sat in 11th but are just two points behind Gimcheon in 10th and six ahead of their opponents this Sunday Seongnam FC. The Magpies make the short trip across Gyeonggi Province to Big Bird on the back of a 4-1 loss to Gimcheon. However, the defeat came after two wins on the bounce, enough to narrow the gap significantly to six.

The Bluewings and the Magpies, two teams with bird connections, look to their wing backs for inspiration. Suwon's Lee Ki-je is 10th in K League 1 for crosses (61), Park Soo-il is Seongnam's best crosser of the ball sitting 20th overall in the league at 48. Park's crossing accuracy takes him up to 10th, though, at 41.67% and he is also Seongnam's best dribbler, sitting 13th in K League 1 in that regard with a dribble success rate of 59.15%. For the Bluewings, their most accurate crosser is right wing back Kim Tae-hwan at 38.2%.

As a team, Lee Byung-keun's men will have to improve their shooting accuracy, though, as it is currently the worst in K League 1. A win for Suwon would put further daylight between themselves and the Magpies while a win for Seongnam will make for a nervy end to the regular season for the teams in the bottom three. 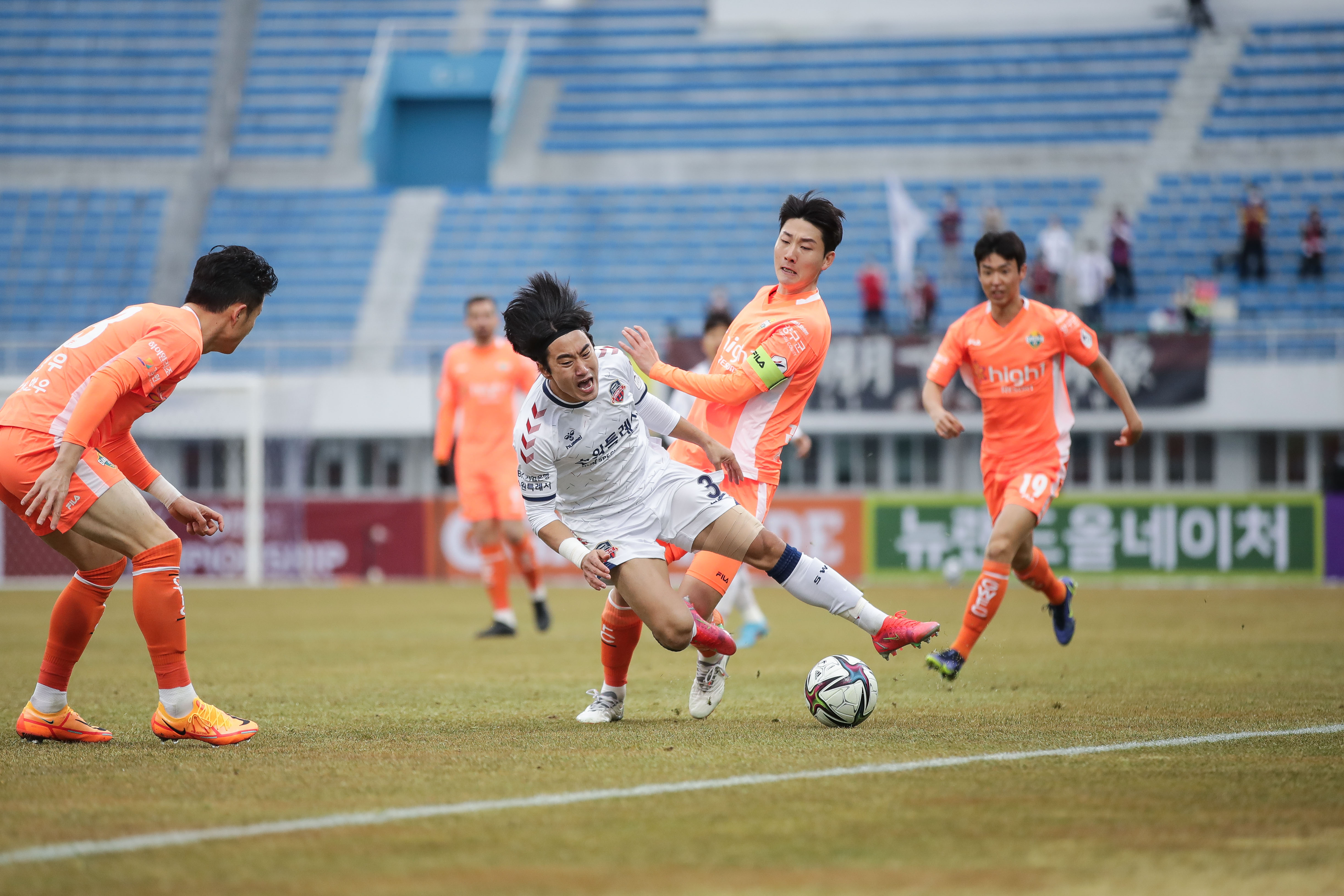 The K League 1 round 28 action doesn't end on Sunday as there are two games coming up on Monday, August 15th which is Liberation Day in Korea and a national holiday. First up is Gangwon FC taking on Suwon FC, two teams locked on 33 points and with top six aspirations. Hosts Gangwon picked up three valuable points in midweek after easing past Daegu in a 1-0 win. Brazilian forward Galego bagged his first goal for the club three minutes from time with an audacious long ranger that caught Daegu 'keeper Oh Seung-hoon off guard. Suwon lost in midweek, albeit narrowly to reigning champions Jeonbuk Hyundai Motors.

Both teams are in the middle pack of clubs in the division that have their eyes on finishing in Final A. Suwon achieved that feat last year but Gangwon haven't done so since 2019. Both will be looking to their strengths to guide them to victory this Monday which seem to be scoring goals. Suwon FC are the division's top scorers while Gangwon are third. Gangwon's scoring charts are led by Kim Dae-won who has 10 to his name this term as well as nine assists and scored and assisted two in this fixture last month - the 4-2 Gangwon win. Suwon's top scorer, Lee Seung-woo, also has 10 goals to his name. He, too, scored in the last meeting between the two teams. 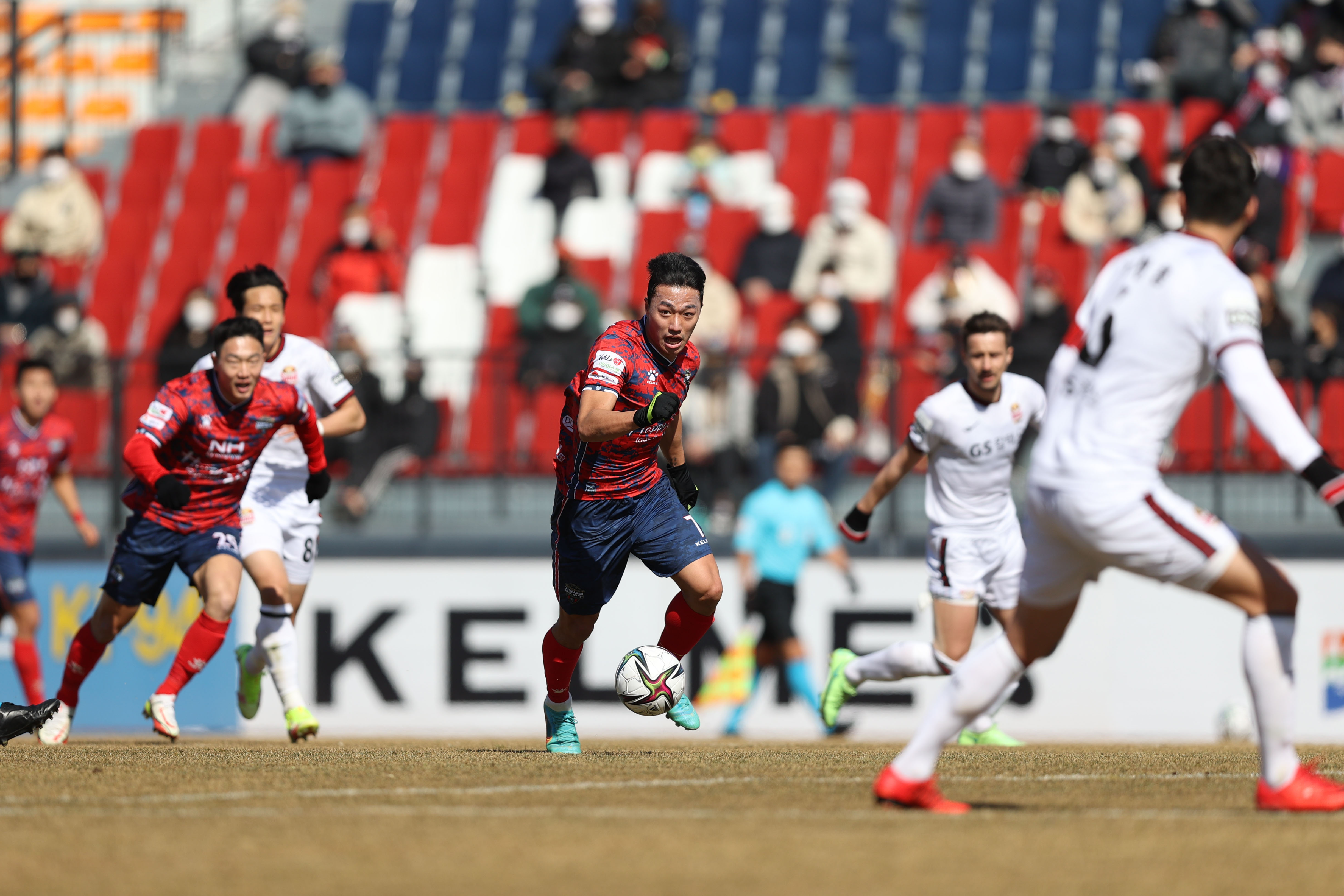 Closing the round's K League 1 action is relegation-threatened Gimcheon Sangmu taking on FC Seoul on Monday night. Gimcheon won K League 2 at a canter last season but this year find themselves in a relegation battle. However, despite a poor run of form, the army side fired back in their most recent match by sealing a 4-1 win over Seongnam FC thanks to goals from Cho Gue-sung, Kim Kyung-min, and a Myung Jun-jae brace in stoppage time. The win moved Gimcheon up to 10th and just a point behind Daegu. Opponents FC Seoul had strung together some positive results in July, winning two on the spin before a draw with Ulsan but then lost to Jeju last time out. This has left the capital club three points outside the top six in eighth and just four points above the relegation zone.

Although not strictly a relegation six-pointer, the contest will be seen by either manager as one ought not to be lost. Gimcheon will be looking to top scorer Cho Gue-sung to fire them to victory. He has 13 for the season, three of which came against FC Seoul. Cho bagged a brace in the first meeting back in March and then the first of Gimcheon's two equalisers in the 2-2 draw at Sangam in May. Seoul will be looking to make the most of their possession as no team in the division has had more of the ball than An Ik-soo's side with 63%. They're also second for passes to the final third and have made most passes per minute of possession. Seoul are third for shots dispatched but drop to fourth from bottom in terms of accuracy. With Stanislav Ijutcenko leading the line, who has two goals in four appearances for the club.

Alternatively, all matches are available LIVE, for FREE and in HD on TV.KLeague.com.