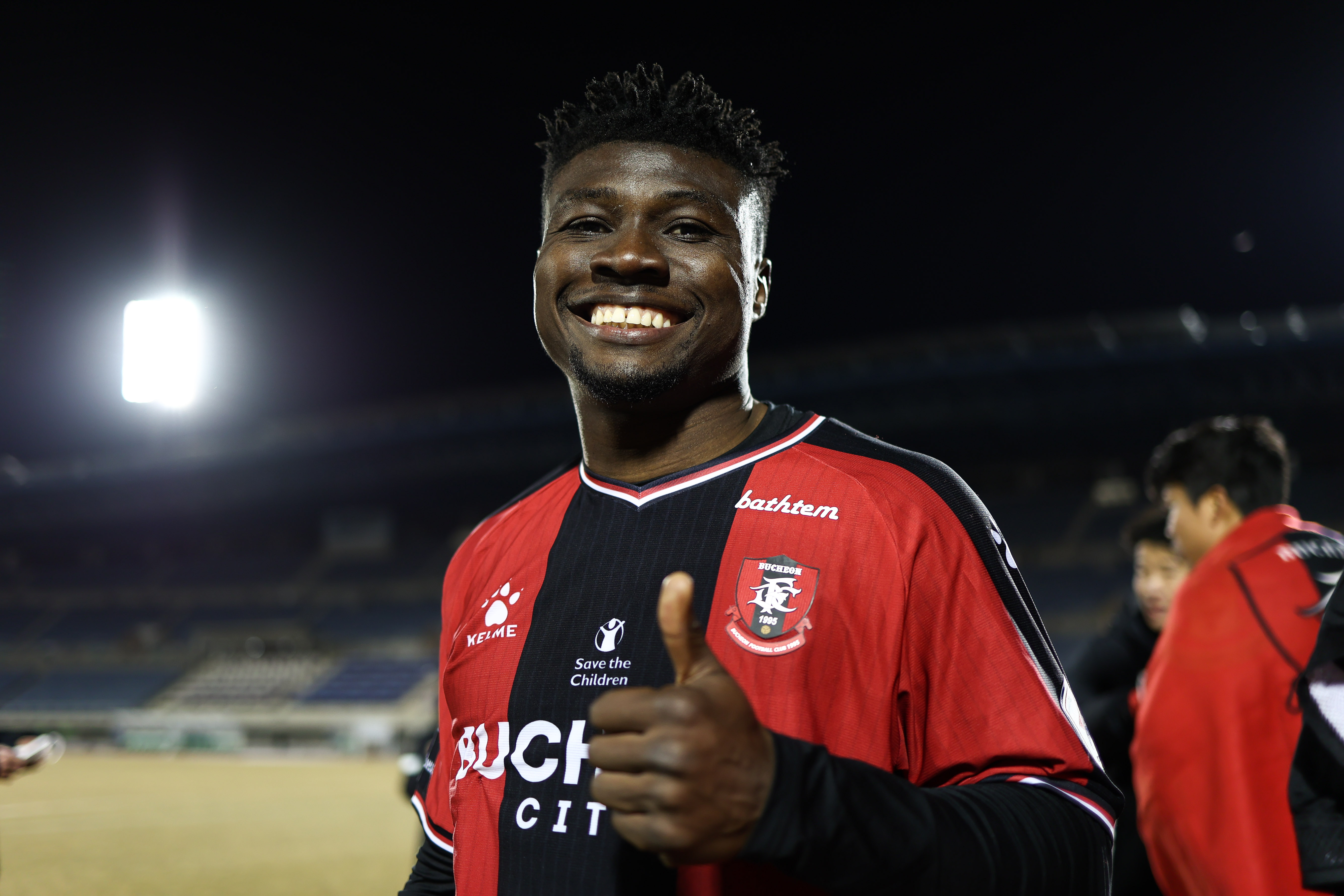 Samuel Nnamani moved to South Korea ahead of the 2021 season, signing for Jeonnam Dragons who, despite playing in the second tier of K League, went onto win the FA Cup. But, despite AFC Champions League Football on offer with the Dragons, Nnamani moved to Bucheon FC 1995 to help with the Reds' promotion push. Samuel sat down with Ryan Walters to talk about the FA Cup win, his move to Bucheon, and the new promotion system in K League 2.
On winning the FA Cup with Jeonnam:
"Wow, I cannot explain how emotional I was that day because I think we really deserved it because we did everything for it. Everyone, every other team had gone to vacation. I know it was a difficult period because some people want to go home, they are tired and exhausted and stuff. [Season has been going on] Since February and in December you're still playing, it's really tough.
"But every fight we give, every time we spent, that was the reward and I cried when I get home, I cried in the morning. There's a video I made on Instagram when I woke up in the morning, I made a coffee and I put my medal on my neck with the shirt. I woke up like a champion. This is an unforgettable memory because a second division team winning the FA Cup, it's not easy. The teams like Ulsan Hyundai, Pohang Steelers, Daegu and all these big teams who want to win the league, want to win the cup, but we deserved it. Of course, the other teams do deserve it too but I think we worked harder for it. So we deserve it. 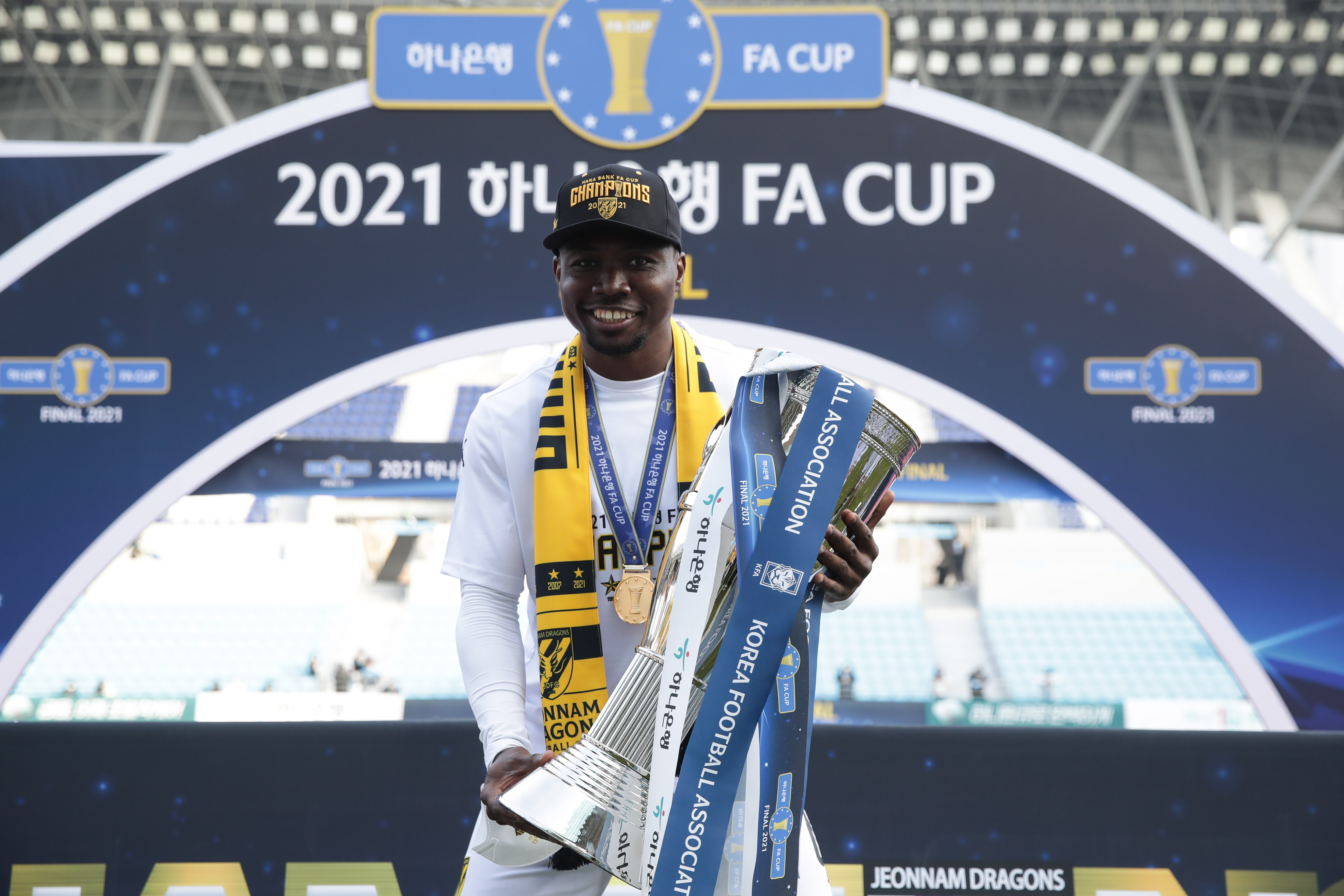 "And the game, the last game was I don't know. I've never played football [like that] in my life. Like, you know, it was goals upon goals.  I remember Cesinha was celebrating [then] two minutes later we scored. It was amazing."
On signing for Bucheon FC 1995:
"Actually, I got a team from Hungary in the first division and a few teams in Sweden talking to me and the team from Vietnam and Bucheon. So I was like, 'I need to go home, I need to rest' and then Bucheon was like, 'Okay, we want you, but if you can stay in Korea, it will be very, very easy for us [to complete the deal] so we don't have problems because of this Corona (quarantine), and then you can come back like this.' And, I said 'I'll just think about it and after a few days later I gave them a feedback. I say, 'Okay, I will stay in Korea.' I believe that I didn't finish what I came here for. I think I have something to prove in Korea.
"My performance in Jeonnam was not really bad vut I was not satisfied. I know I could do better way, way better than what I did. So I just decided to stay. And the plans for the season was exciting. They was not like 'we have to do everything to get promoted' [instead it was] 'we just have to take it slowly to get there.' So I feel calm and then I feel confident and I joined the team in the preseason."
On Bucheon's start to the season:
"We were doing good then the [mentality] switched. Like, 'Okay, we want to keep doing good. We want to keep winning. And if we go directly (promotion) we go direct,' like this. But I think the most important thing is that each and every player takes responsibility, and the coach doesn't want to pressure me, anybody - he feels that anybody can do it no matter if you're the youngest player, if he put you in he thinks that you can [do it]. That's why you can see the team, there are a lot of young players who are in the starting team who can play. I think in Korea it is not so common. I believe we have the youngest team. We have just a few older players but 80% of the team is below 26 or 25. 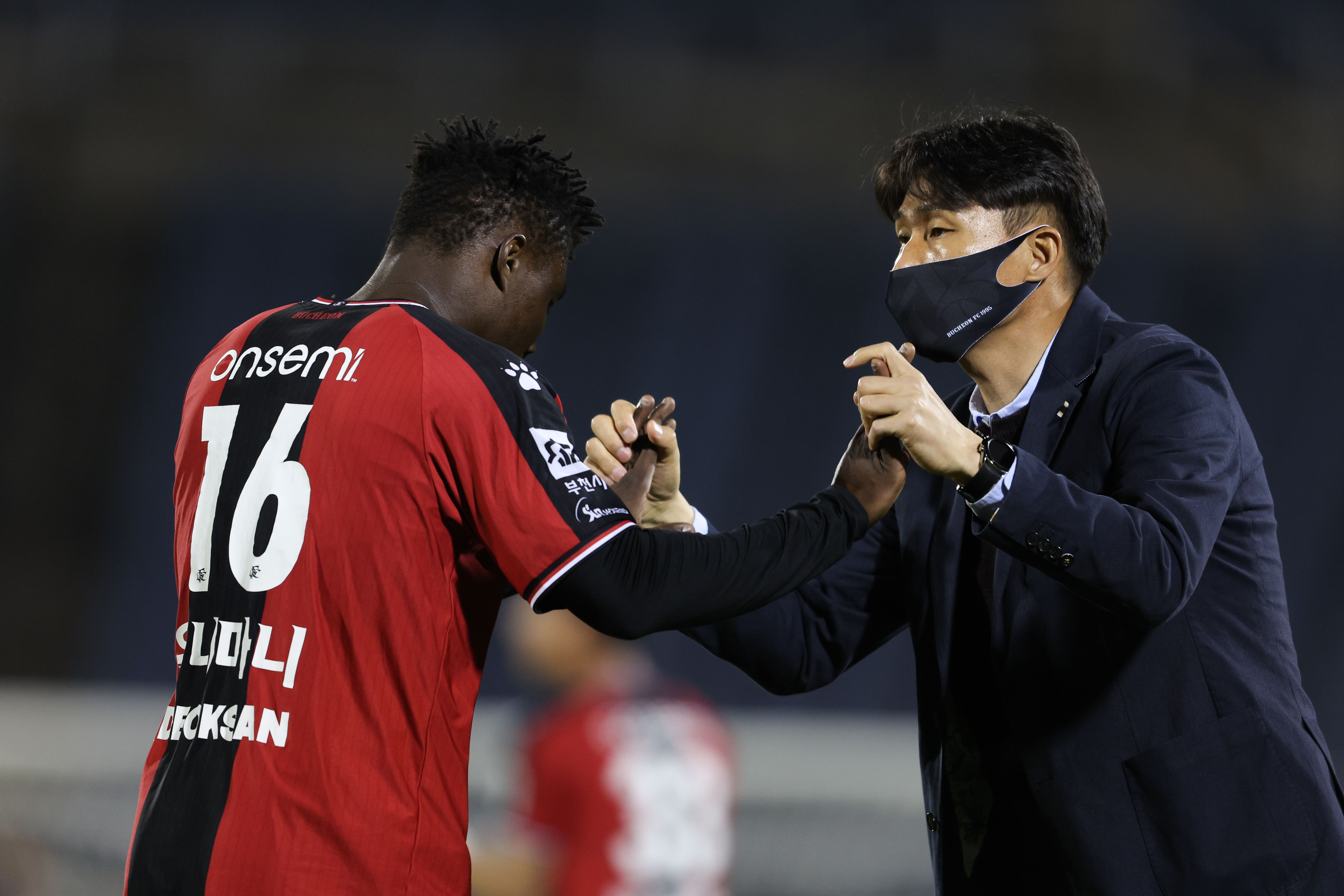 "This is another thing because it's really hard to play young players who keep the same form because some of them just they get carried away with their performance and then don't want to do their best. So I think the coach is the main reason for all the success."
On Bucheon's playing style compared to Jeonnam Dragons last season:
"This is a better environment for me to show because again, the coach makes me better because then I learn how to make a lot of moves - dangerous moves, not just with the ball, but without the ball. And we have this rotation, we move a lot. The striker and the offensive players will move a lot so you don't know who's the main striker. And it's something special in the Bucheon team, the way we play and even the way we score. Even if we score, we want to score again and again and again. So this is the difference with Bucheon.
"And we know what we want to do. I know what my midfielder wants from me and I know what I want from him. We have to have these connections so that was a difference because when I was in Jaeonnam it was more like, I have to help the defence. I was moving defensively. And then it was kind of exhausting. You don't have the ability or strength to show in the offence. So it was really difficult. But I'm not going to lie, I learned a lot."
On Bucheon's motivation to break into the top two with the new promotion system:
It's really motivating. It's exciting though because we never knew it's going to be like this. We were having some bad results lately against teams that are struggling which is really sad because we should use this advantage. But you go again, football is sometimes you get surprises. But I will say, we're still on our ground, things happen on the way but that doesn't stop us from going for our goals. I think we have the ability and the capacity to chase Daejeon (above Bucheon in the table). and every game we have to play against them, we have to make sure we get points from them."
Ryan Walters & Paul Neat
다음 글 2022 Hana 1Q K League 1 Round 19 Preview
이전 글 East Coast Derby Preview: Pohang Steelers vs Ulsan Hyundai
K LEAGUE