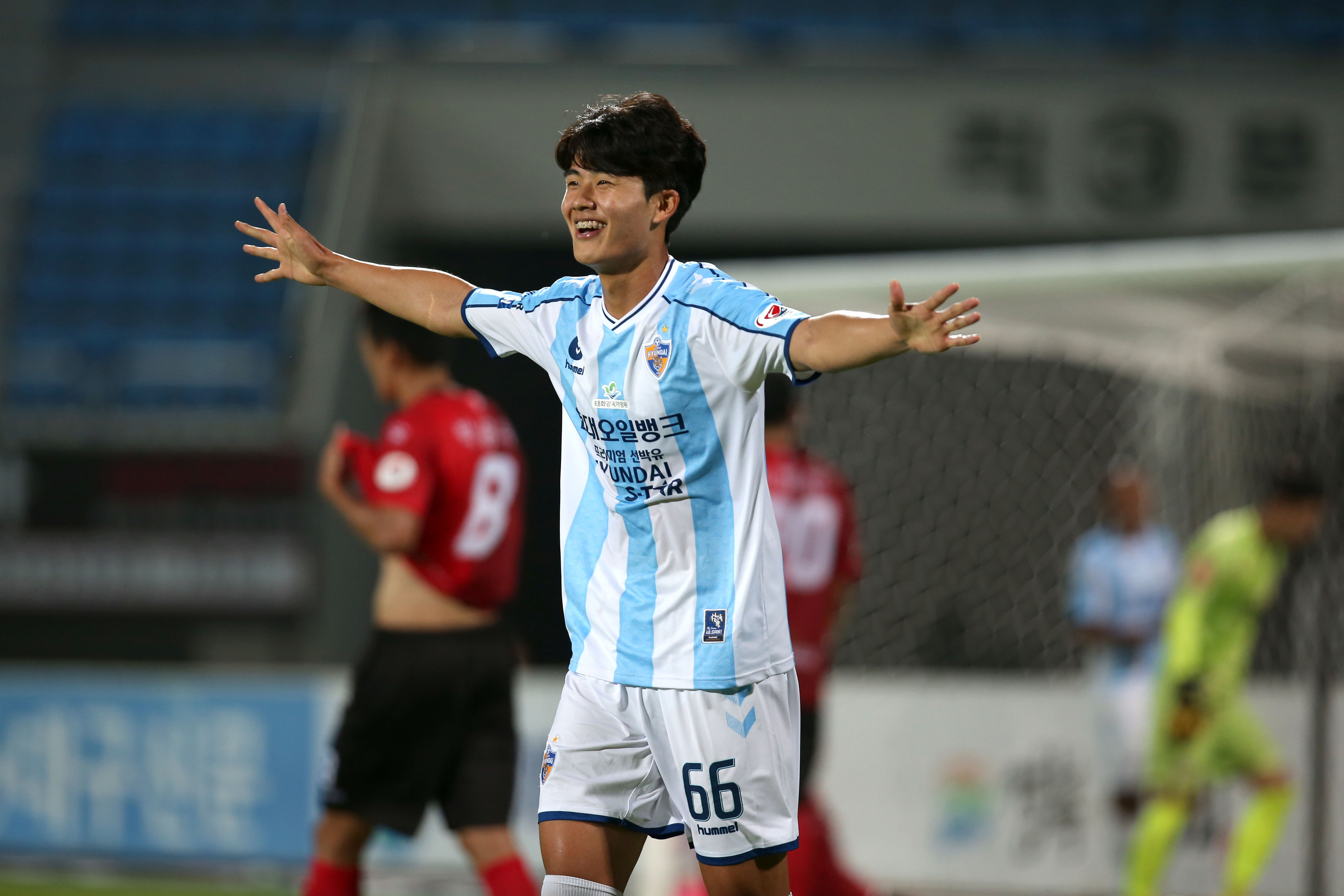 The results are in and the K League 'Year of the Tiger XI' can be revealed. 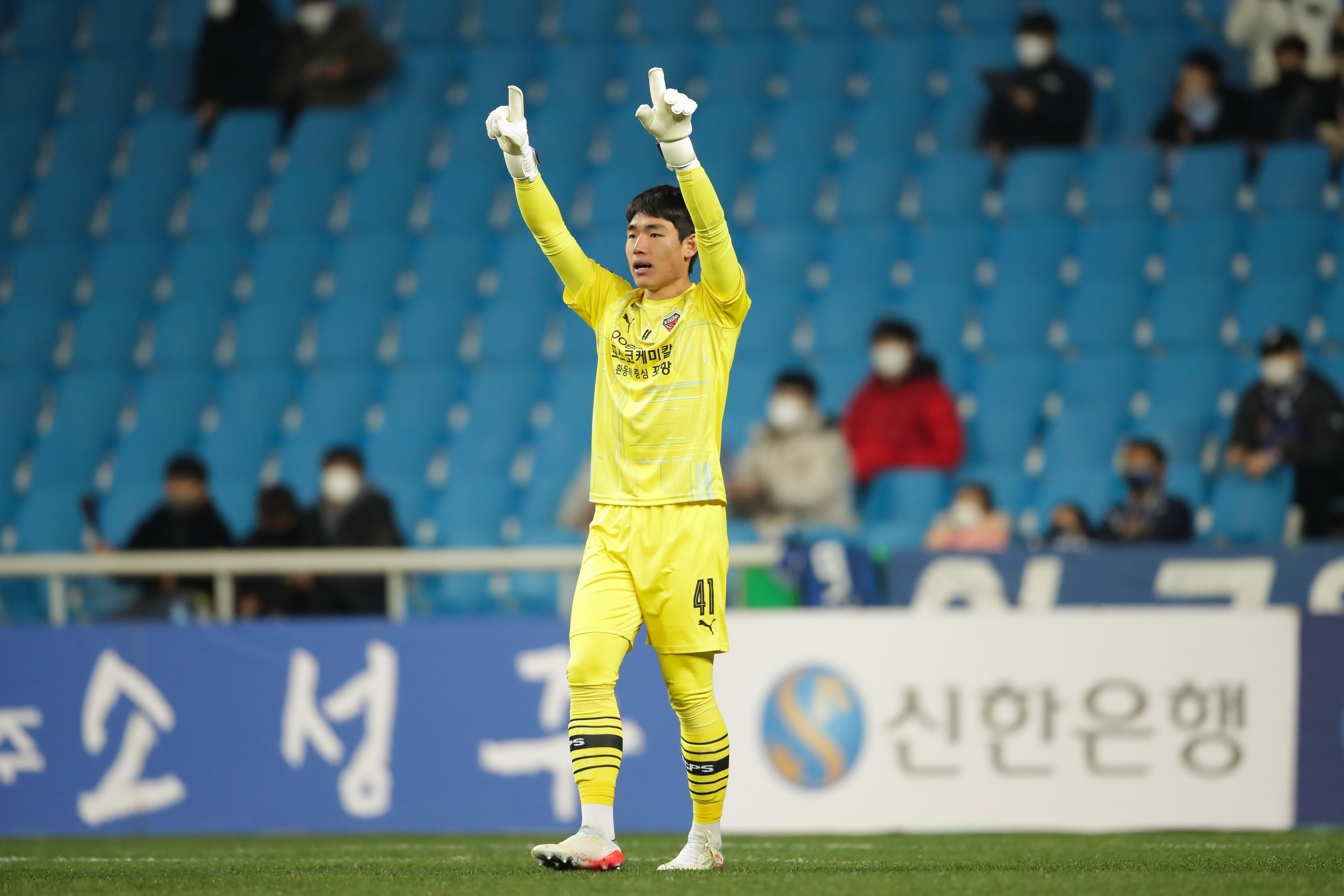 Between the sticks is Pohang Steelers goalkeeper Cho Sung-hoon. The 23-year-old has been with the Steelers since 2019, signing pro terms that year after joining from Soongsil University. With Kang Hyun-mu as the recognised number one, Cho has been limited to just five appearances for Pohang, all of which came last year with Kang out with an ankle injury. But, with 37.8% of the votes, he beats Kim Keun-bae (Gimpo FC), Lee Jun-seo (Daejeon), and Yoo Yeon-soo (Jeju) to the starting berth. 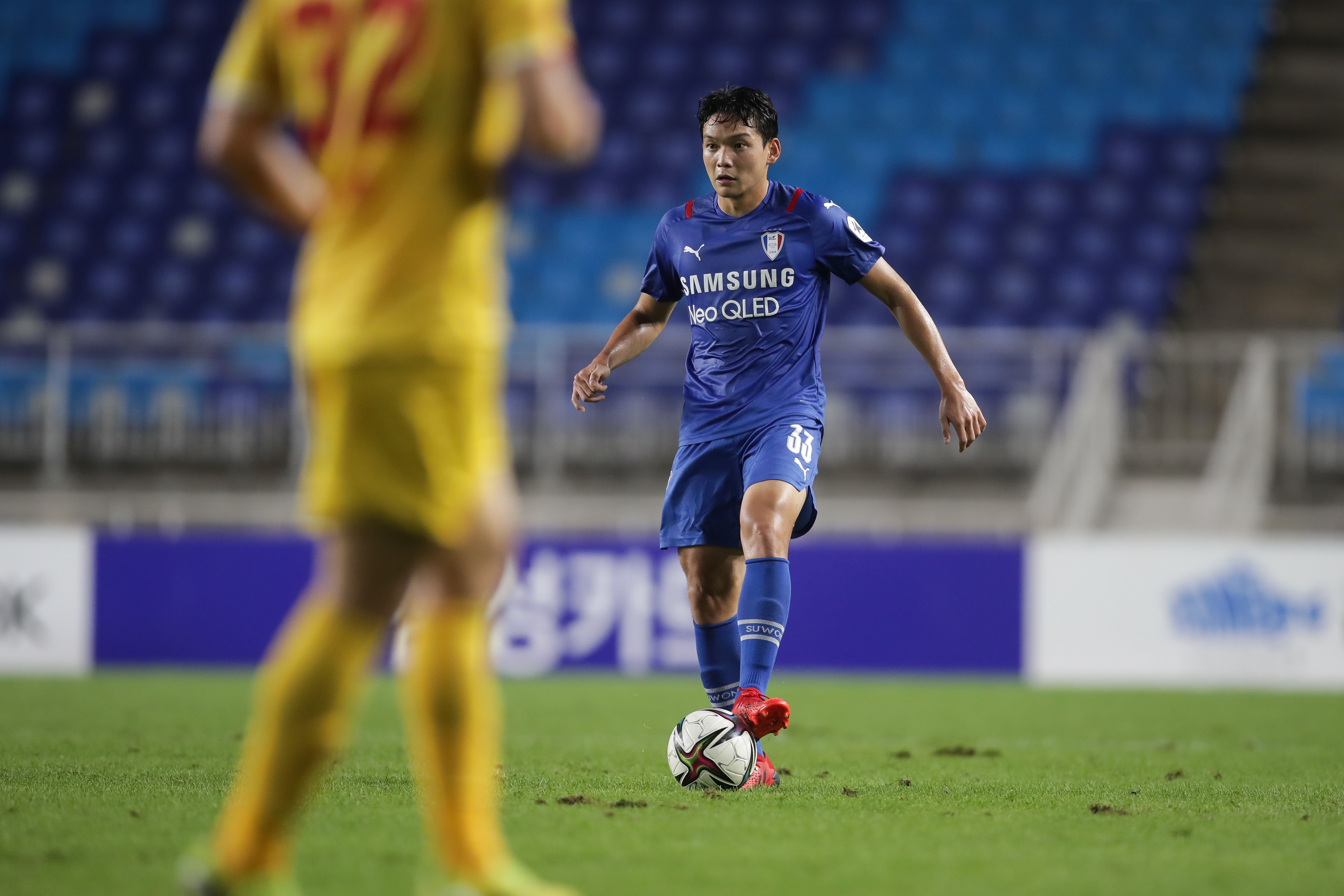 With 40.8% of the votes, Suwon Samsung Bluewings' Park Dae-won slots in at right-back. Park had stiff competition too, beating Lee Yong (Jeonbuk), Yoon Jong-gyu (FC Seoul), and Hwang Tae-hyeon (Seoul E-Land). Park signed for Suwon in 2019 from Korea University and has gone on to make 39 appearances for the club, 28 of which came last year as the Bluewings secured a top-half finish. 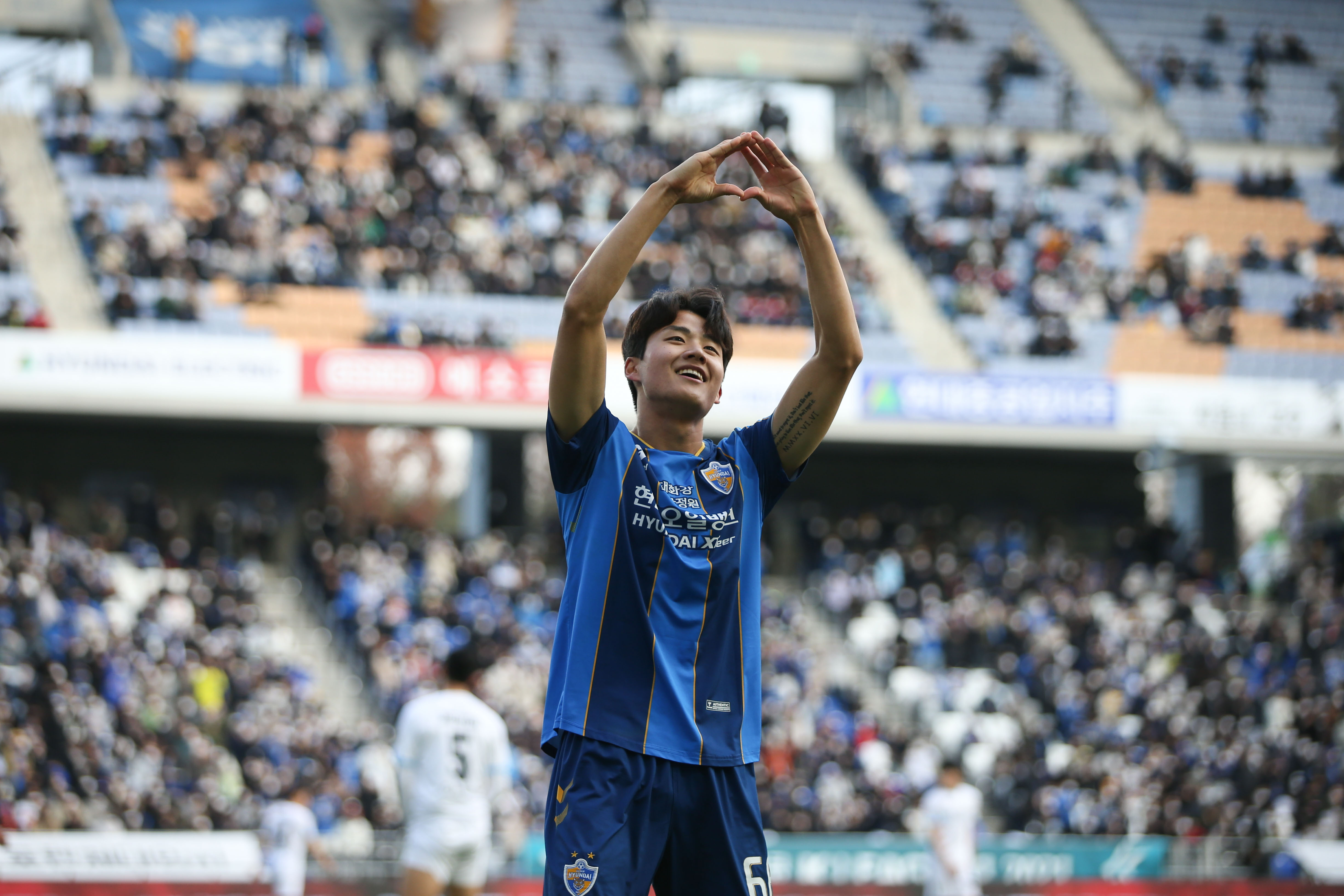 In 2021, Seol Young-woo established himself as a first-team regular for Ulsan Hyundai and went on to make 31 K League appearances for the Horangi. Seol picked up 64.9% of the votes and beat Kim Jin-ya (FC Seoul) and Park Joo-ho (Suwon FC) to the starting birth in the Horangi-ddi starting XI. 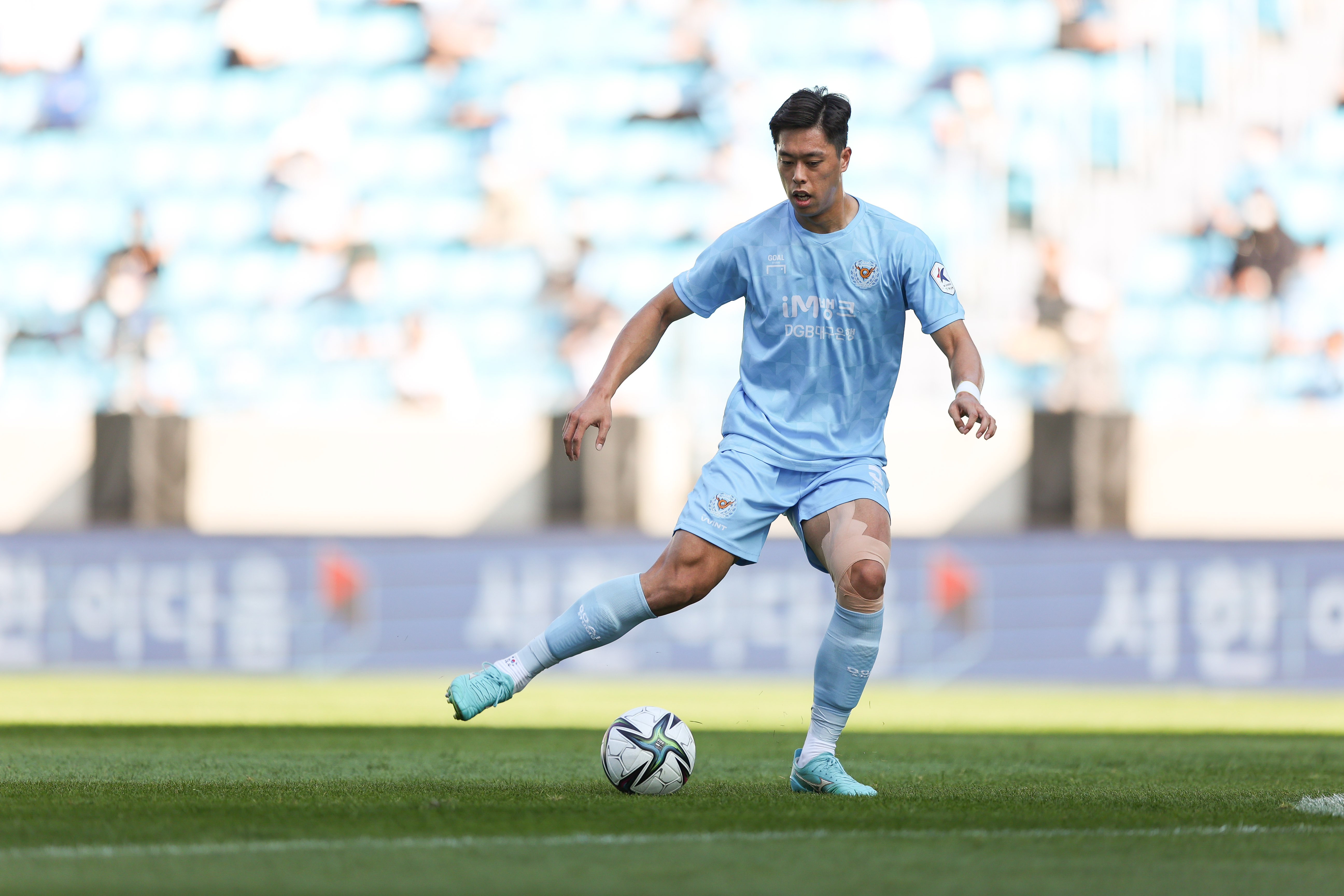 Kim Jae-woo recently joined Daejeon Hana Citizen from Daegu FC after a two-year spell with the Sky Blues. He can play as a right-sided centre back in a three or in the centre of a four-man backline and arrives to replace Lee Ji-sol who joined Jeju United. The 24-year-old actually began his playing career abroad with Austrian second-tier side SV Horn before signing for Bucheon FC 1995 in 2018. Kim actually won the most votes for the 'Year of the Tiger XI' at 45%. 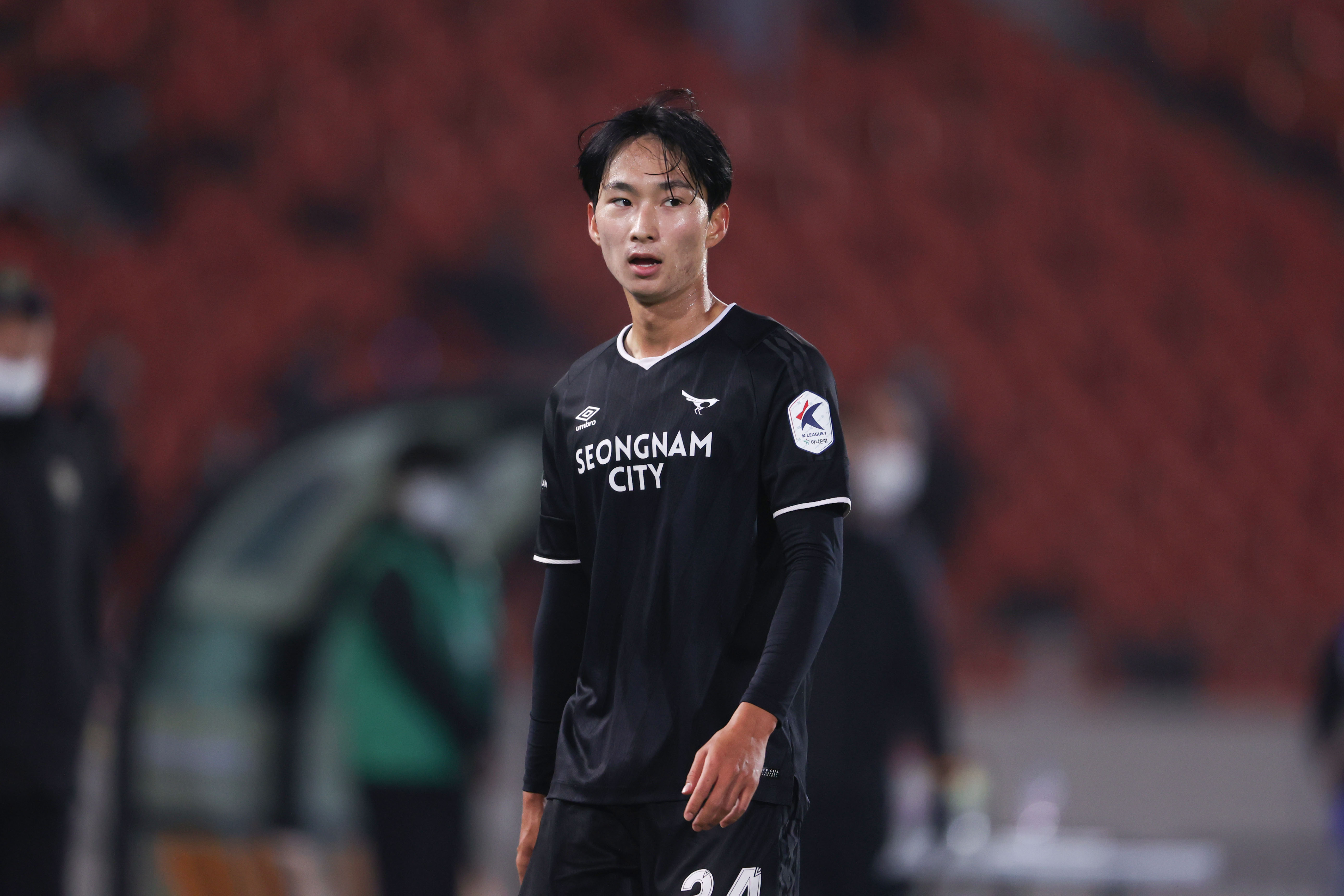 South Korean U23 international Choi Ji-muk slots in alongside Kim Jae-woo at the heart of this 'Year of the Tiger XI'. Choi came second in the voting with 26% of the votes, beating Kang Min-su of Incheon United and Lee Jung-moon of Jeju United. Choi made 22 appearances for Seongnam last season after making his debut the year before in what was his first season as a professional.
[READ: K League Internationals: South Korea qualify for 2022 World Cup] 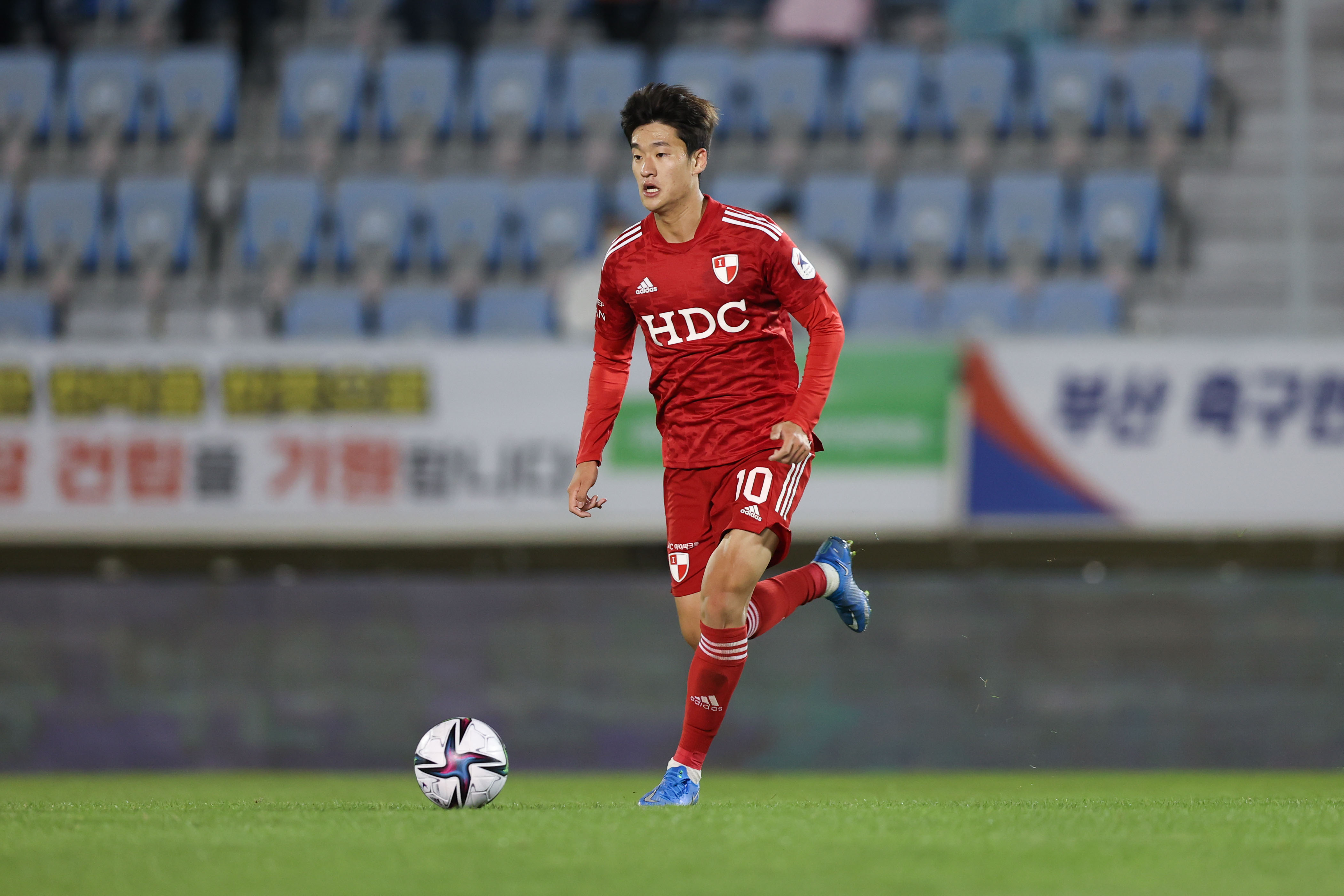 Moving up the pitch to the wide areas, Busan IPark's Lee Sang-heon will operate from the right. The versatile forward joined the Royals from Ulsan in 2020 in a deal that saw Lee Dong-jun move the other way. In 34 appearances for Busan, Lee has scored three and assisted three. Lee came second in the winger voting with 19%, ahead of recent Daejeon signing Kim In-gyun and Gangwon's Jung Ji-yong. 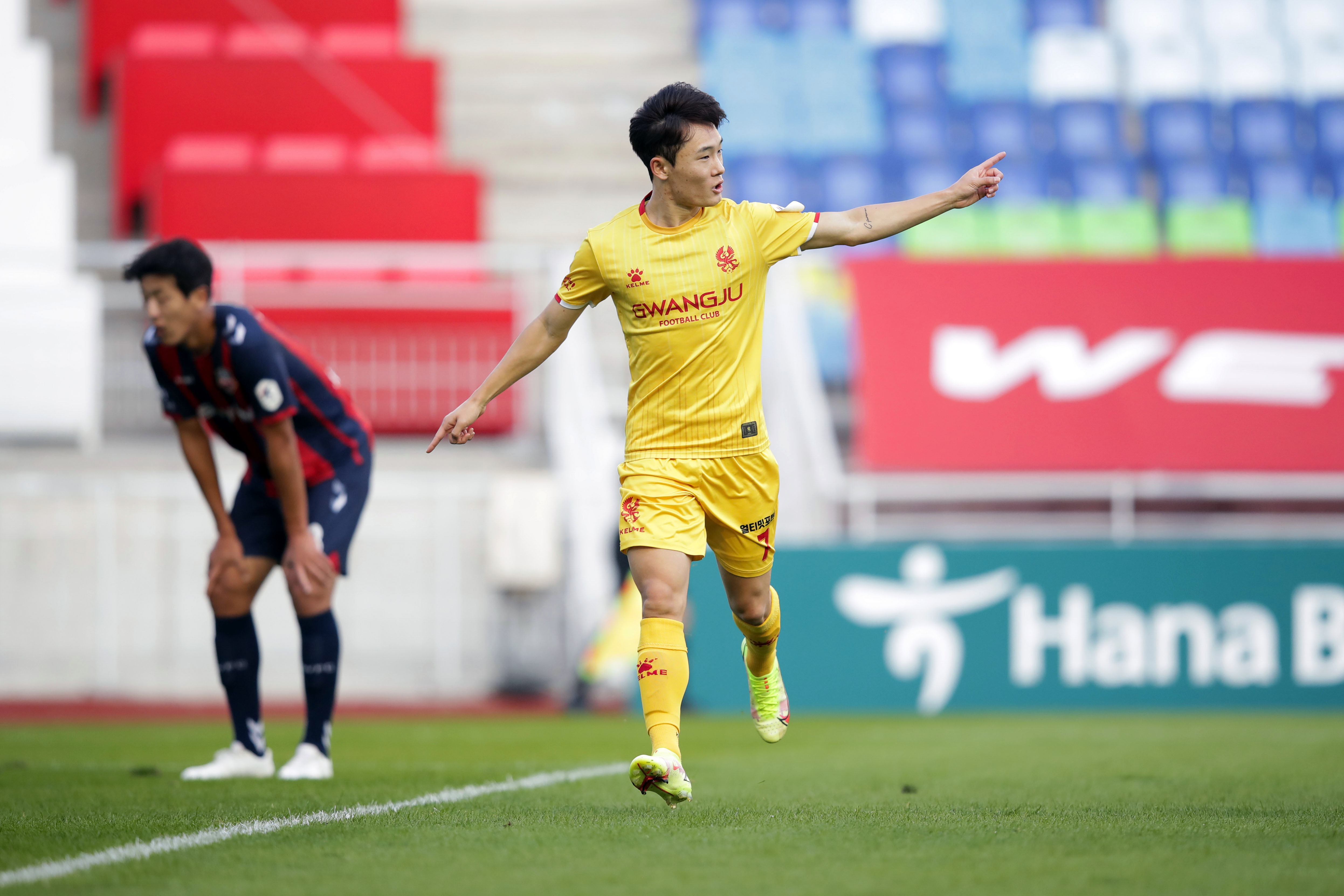 On the opposite flank is South Korean starlet Um Won-sang who picked 69% of the votes. The full international has played 66 times for Gwangju, scoring 16 and assisting three and is now heading into his fourth season as a pro. Um has also made two appearances for his country, his debut came in November 2020 in a 14-minute cameo against Qatar. 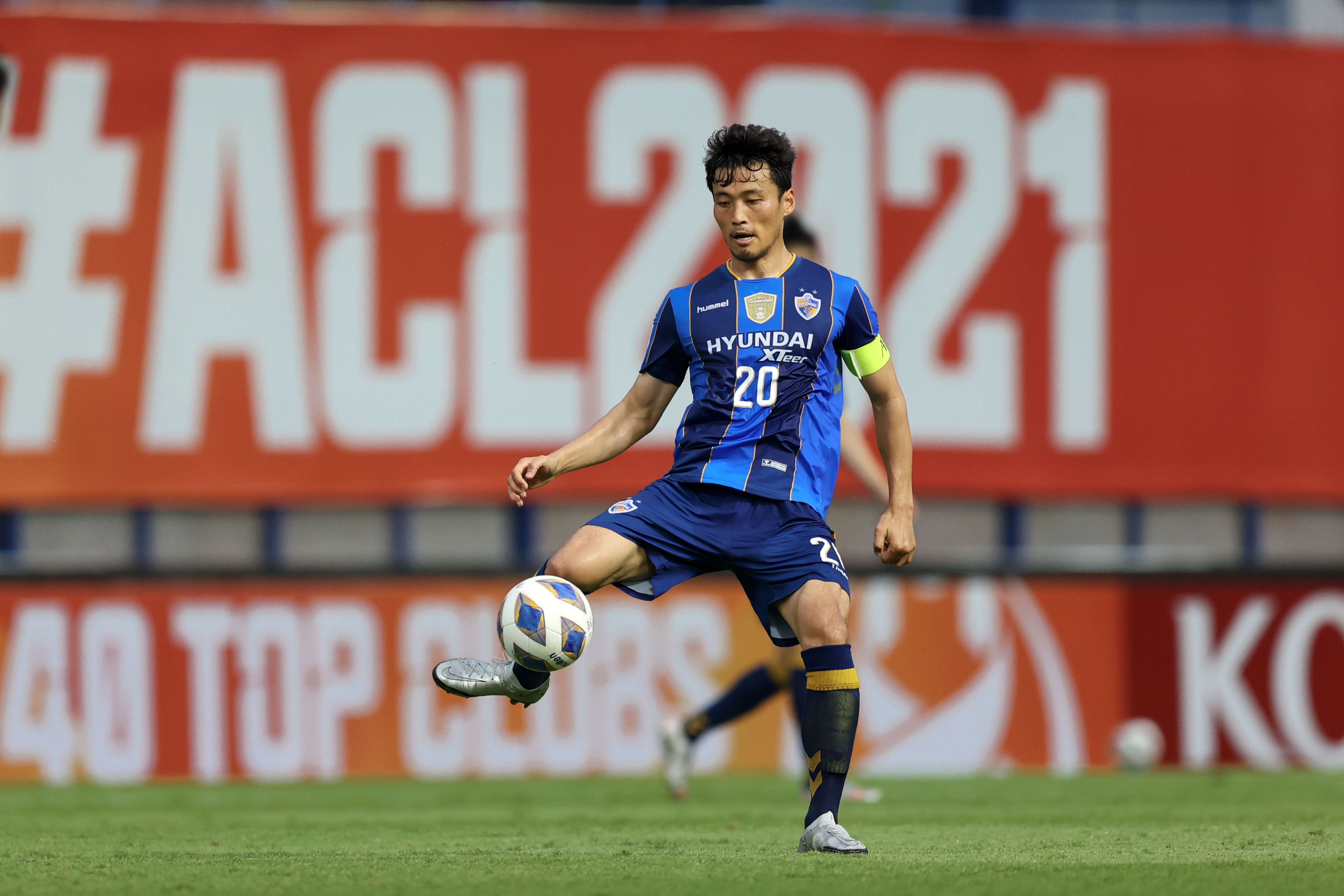 Shifting across into the engine room, experienced midfielder Shin Hyun-min becomes our first 1986-born player in this 'Year of the Tiger X'. Shin is actually the only player to win K League 1, K League 2, the now-defunct K League Cup, the FA Cup and the AFC Champions League. He has been with Ulsan since 2021, after returning from the Chinese Super League. Shin won 48% of the votes, ahead of anyone else. 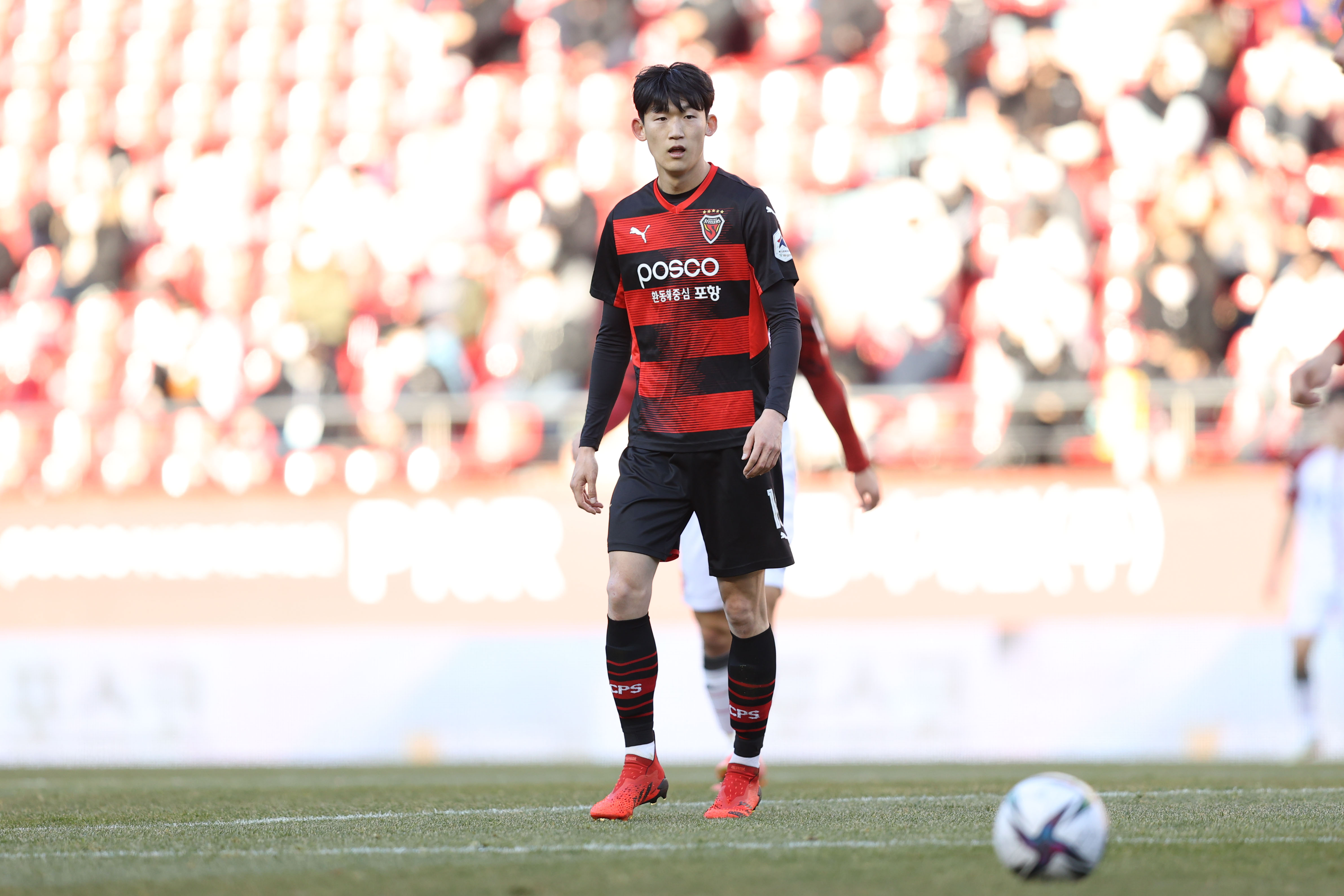 East Coast Derby rival Lee Seung-mo will slot into midfield alongside Shin, despite having played much of last season as a makeshift striker due to Pohang's injury problems. Lee featured 35 times in the League for Pohang last term, scoring once and assisting two. He also played nine times in the ACL and scored some valuable goals as the Steelers made the final. Lee's 22% of the votes placed him second and ahead of Lee Yong-rae (Daegu) and Maeng Seong-ung (Jeonbuk). 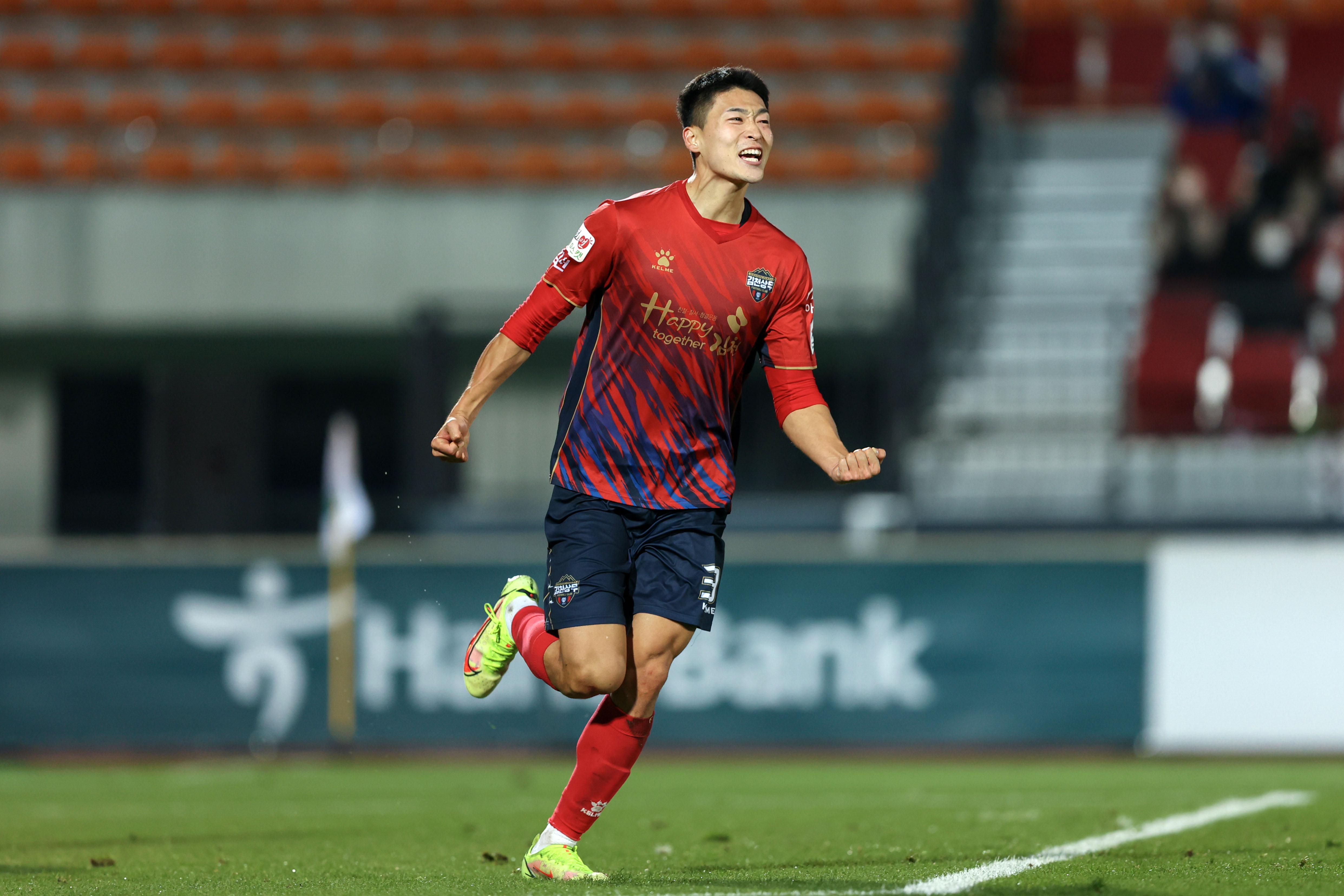 Gimcheon Sangmu striker Cho Gue-sung gets the nod in a two-man attack. It has been quite the last few months for Cho who, after winning the K League 2 title with the army side, scored his first goal for Korea in January as Korea ran away 5-1 winners in a friendly with Iceland. Cho began his career with FC Anyang in 2019 but moved to Jeonbuk 12 months later before beginning his military service in 2021. Cho won 47% of the votes, the most among the four candidates. 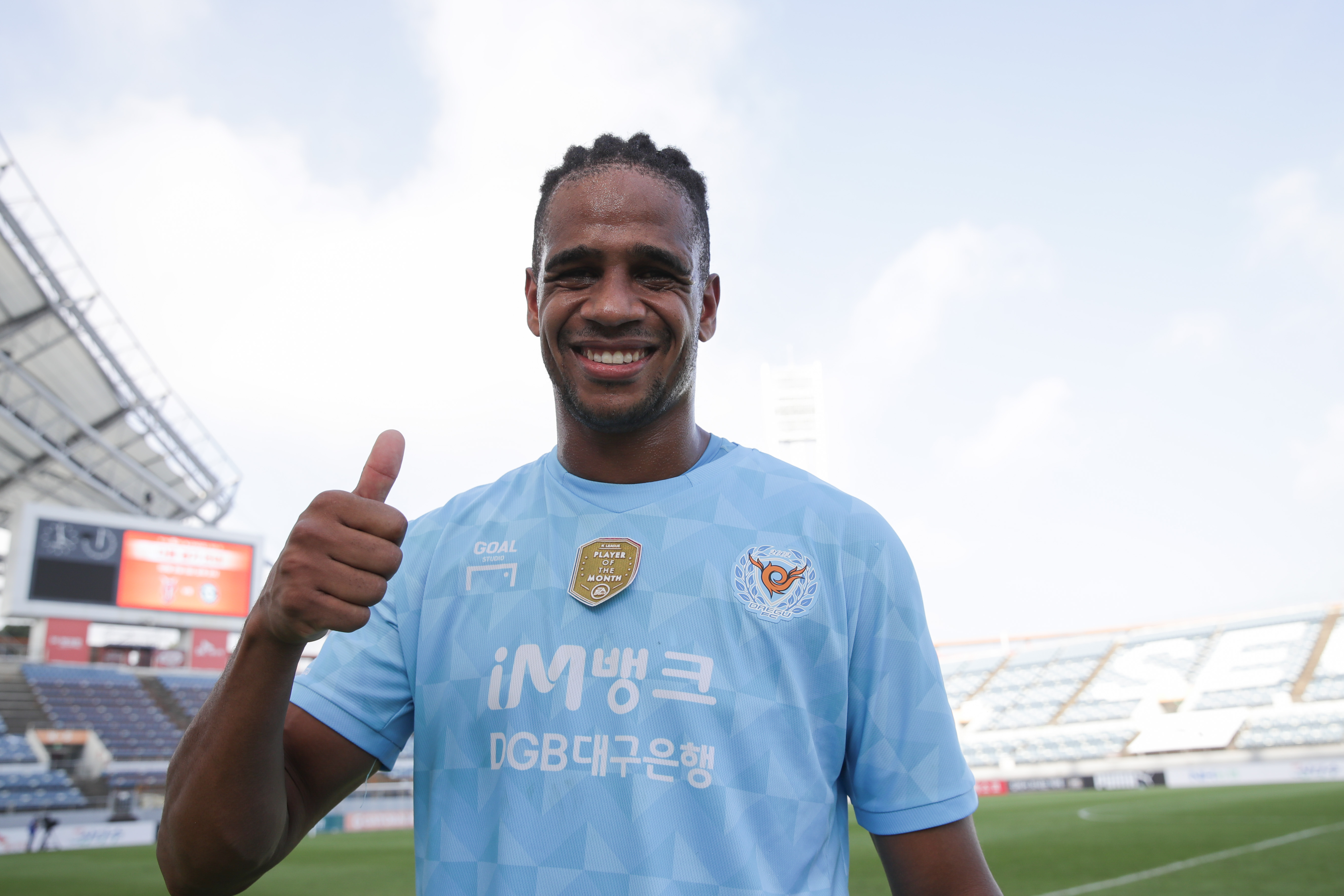 Completing the 'Year of the Tiger XI' is Daegu FC's Edgar Silva. The well-travelled Brazilian has been with the Sky Blues since 2018 and was part of the team which won the FA Cup that same season, scoring in both legs of the final win over Ulsan. For Daegu, Edgar has made 113 appearances in all competitions, scored 49 and assisted 17. In K League, Edgar has 34 goals and 16 assists in 90 appearances.
[NEWS: K League is Asia's top-ranked league for 11th consecutive year] 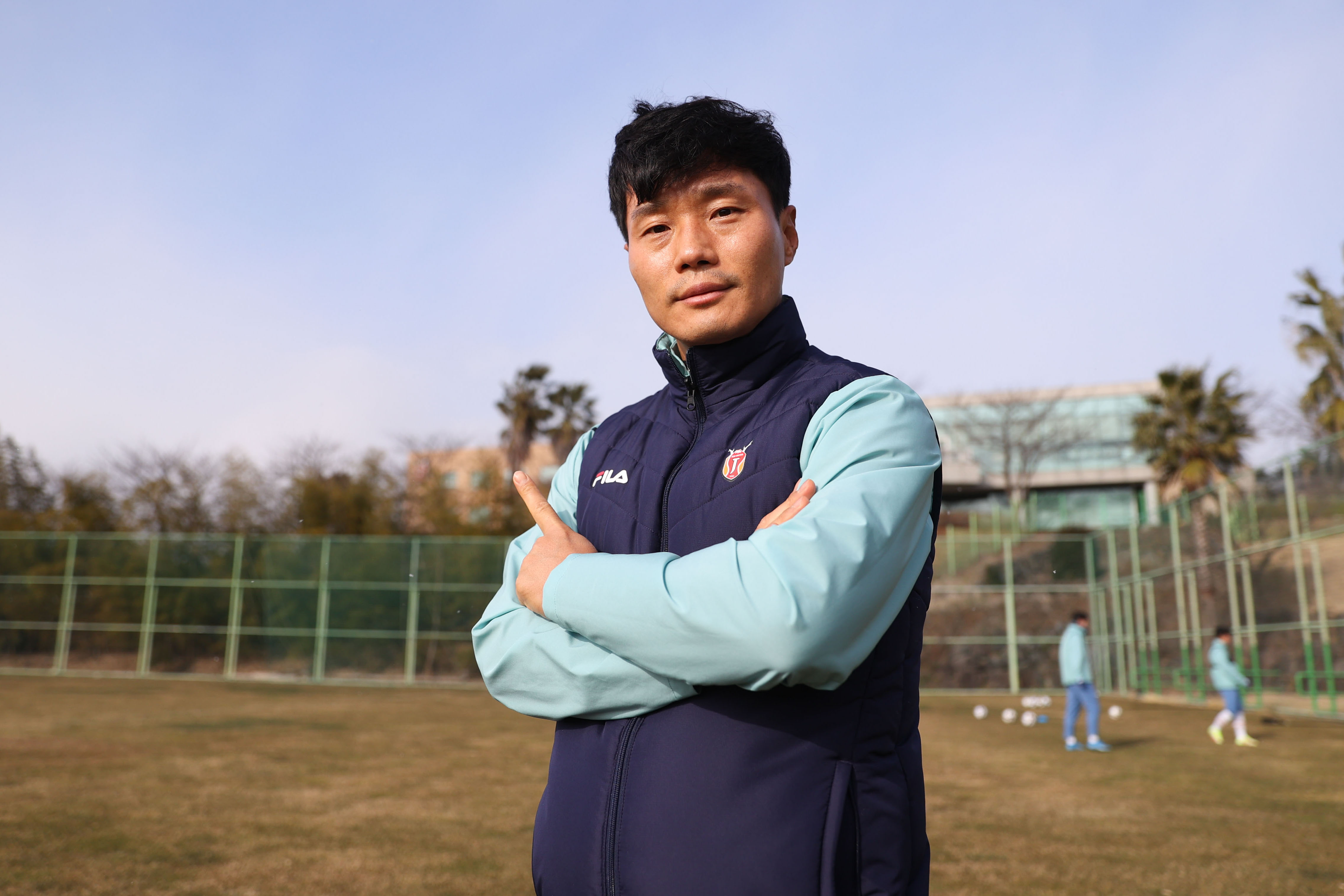 Leading our K League 'Year of the Tiger XI' is Jeju United boss Nam Ki-il. Nam was born in 1974 and is the only current K League manager to qualify. Two seasons with the Islanders have yielded one K League 2 title and one fourth-place finish. Nam also has promotions under his belt with both Seongnam FC and Gwangju FC.
Paul Neat
Managing Editor
다음 글
이전 글 K LEAGUE 1 Round 35 Preview
K LEAGUE