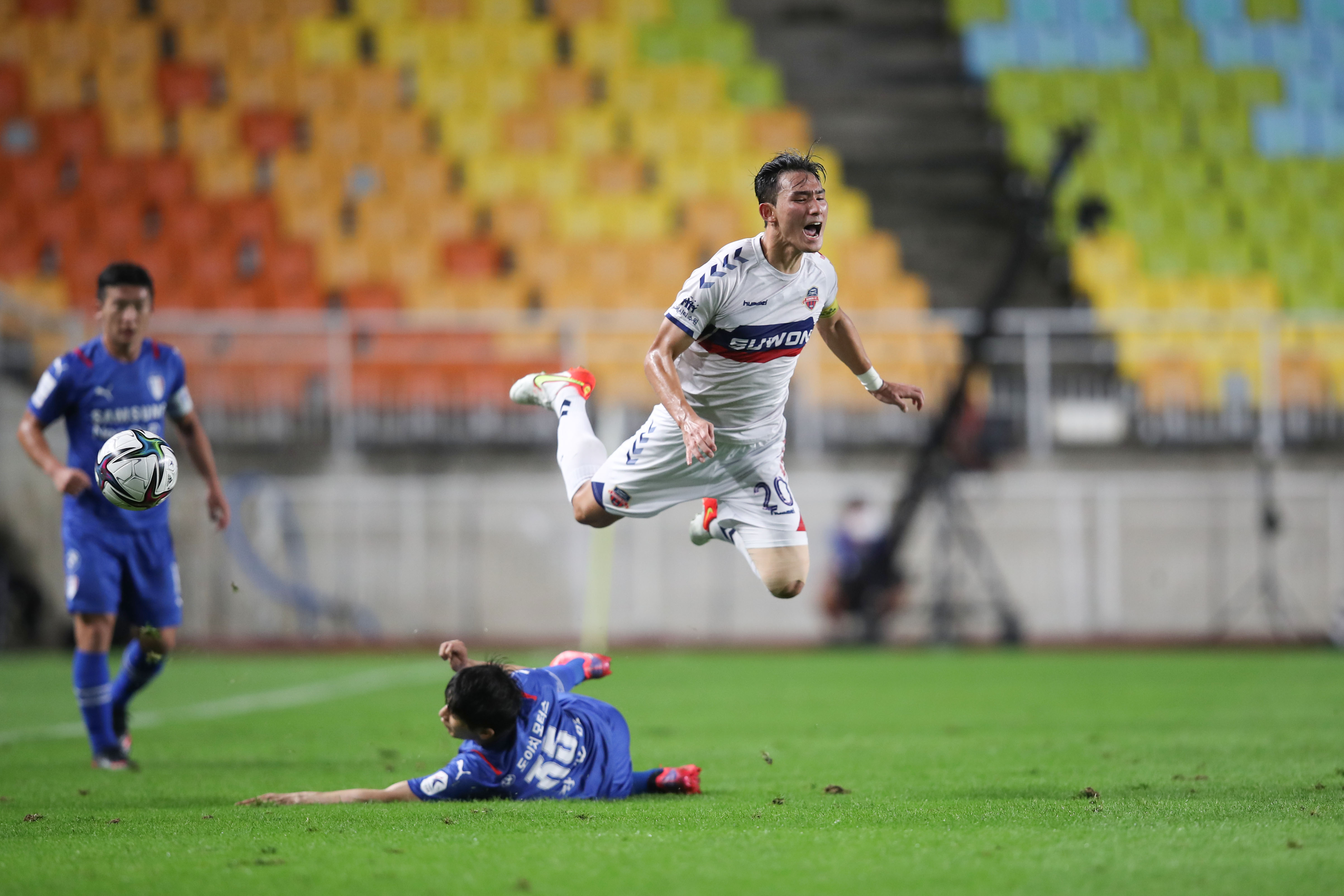 Referees needed to make sure their pens had ink in them when the players in this list were on the pitch. From yellow cards to fouls committed and more - the top three in K League 1 for disciplinary stats.

If his Instagram handle is accurate then Shin Jin-ho is a hard worker. But he also proved to be hard work for referees who blew their whistle at him for a foul more than any other player in K League 1 in 2021. He made 69 fouls from 36 appearances for Pohang Steelers in 2021, working out at 1.9 fouls per match. Jeju United's Gerso Fernandes was second with 65 from 32 appearances (2.03 per 90), while Seongnam FC's Fejsal Mulić rounds off the top three with 61 from 36 appearances (1.69 per 90).

Both Gangwon FC's Kim Young-bin and Suwon Samsung Bluewings' Jang Ho-ik both picked up 12 yellow cards in 2021, the most in the division. Lee Jin-yong of Daegu FC picked up 10 to come in third. For Kim Young-bin, that's one every 2.75 matches while Jang Ho-ik was booked, on average, once every 2.8 matches. Lee Jin-yong with his 10 bookings in 29 matches had his name scribbled in a referee's notebook once every 2.9 matches.

The team which caused referees to run out of ink scribbling names down in their notebooks this season was Seongnam who receives 77 yellows to give the Magpies an average of two (for sorrow) per match. Pohang were next with 73 (1.92 per 90) while Gangwon FC ended the regular season with 72 (1.89). Pohang were in and amongst it for red cards too with five dismissals in 2021. FC Seoul and Incheon United post had three while Ulsan had two sendings off. Jeonbuk and Gwangju ended the season without having a single player sent off.