Next week is cup final week for some silverware-chasing K League teams. Pohang Steelers seek a record fourth AFC Champions League title on the night of November 23rd before Jeonnam Dragons and Daegu FC meet in leg one of the FA Cup Final less than 24 hours later with the Dragons chasing a fourth FA Cup crown. 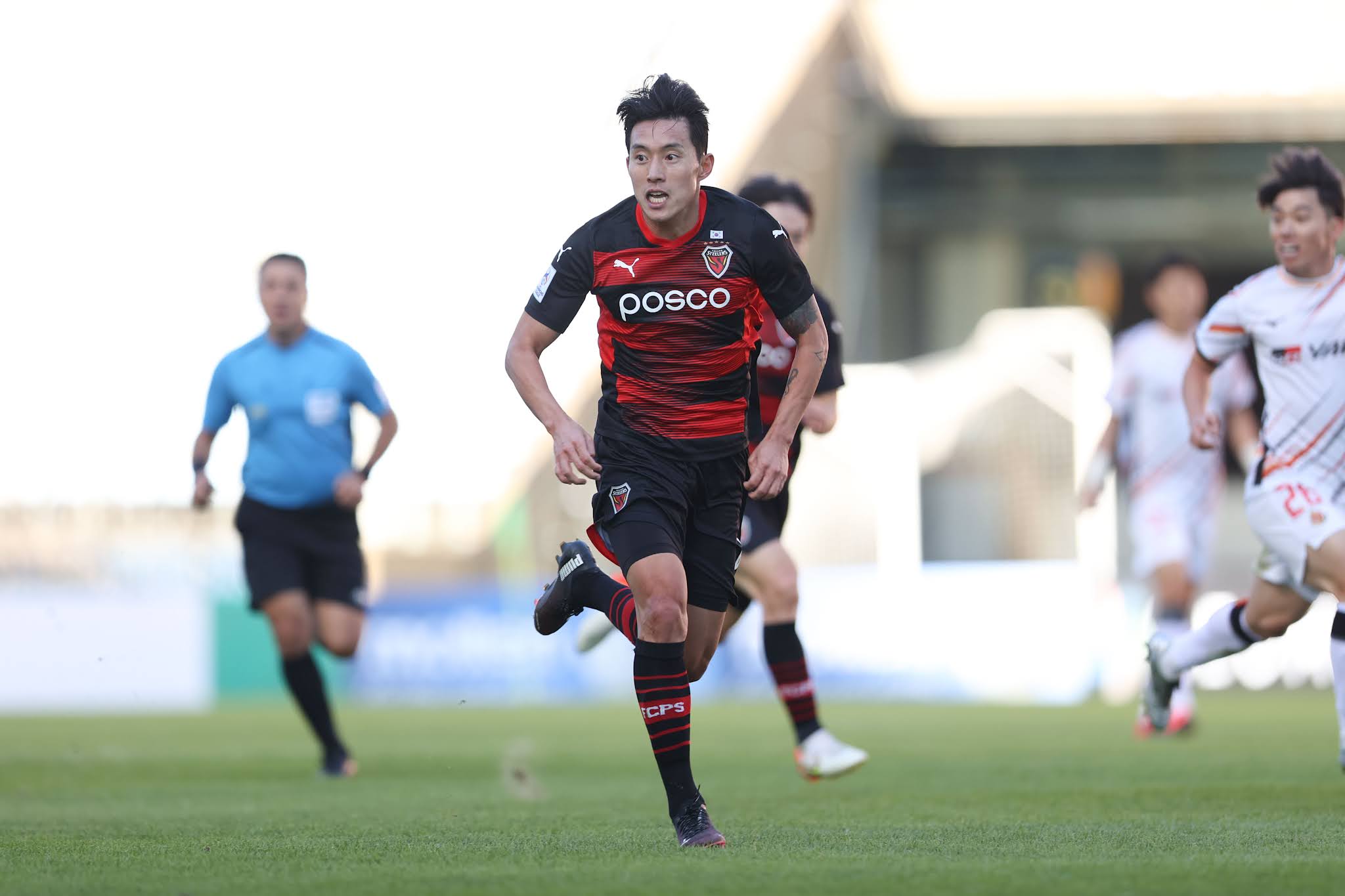 The clash for four and the outright record-holders in the AFC Champions League. Both Pohang Steelers and Saudi giants Al Hilal are locked on three ACL titles, a record in the competition. The two meet on Tuesday night (Wednesday 01:00 KST) in a match that will determine which team holds the most Asian continental championships.
Pohang Steelers' last continental triumph was back in 2009 after wins in 1998 and 1997. Al Hilal won the competition as recently as 2019 with the two previous titles coming in 1991 and 2000. In terms of recent form in the Saudi Pro League, Al Hilal are actually unbeaten domestically this season having picked up five wins and four draws from nine matches.
Pohang fans might take comfort in knowing that their team doesn't need to be in the best of form domestically to produce big results in ACL. While the Steelers were in good form before the Group Stage - just one loss in 11 - Kim Gi-dong's side had just two wins in six with two defeats before the Round of 16 match with Cerezo Osaka. Before the quarterfinals and semis, Pohang lost three on the bounce, bounced back with a late 3-2 win over Gwangju FC then knocked out both Jeonbuk and Ulsan.
Key for Pohang will be Shin Jin-ho who sits second in ACL this term for passes made and first for through passes. Left winger Lim Sang-hyub has made the most key passes with 14 as well as the most progressive runs. As a team, Pohang have the third-best xG with 15.45, are third for headed shots with 28 and fourth with crosses from the left with 76.
Road to the Final
Pohang Steelers finished second in Group G after a record of three wins, two draws and one loss. In the Round of 16, the Steelers eased past J.League side Cerezo Osaka 1-0, Lee Seung-mo with the game's only goal on 25 minutes. Then in the quarterfinals, Pohang comfortably dispatched Nagoya Grampus 3-0 in what was the third meeting between the two teams this term having also met in the group. A penalty shootout win over holders Ulsan Hyundai followed in the semifinals, Alex Grant snatching a late equaliser to force extra timer and then spot kicks.
Al Hilal, meanwhile, finished second in Group A level on 10 points with Istiklol after three wins, one draw and two losses. Both came in the group stage, the first against Tajikistan side FC Istiklol, losing 4-1 and the second was a 2-0 reverse to Shabab Al Ahli Club from the UAE . But the knockout stages began with a 2-0 win over Esteghlal of Iran followed in the Round of 16 before a 3-0 win over 2020 runner up Persepolis in the quarters. Fellow Saudi Pro League giants Al-Nassr followed in the semifinals but Al Hilal came out on top with a 2-1 win.
[READ: "We deserve to be in the final" - Alex Grant] 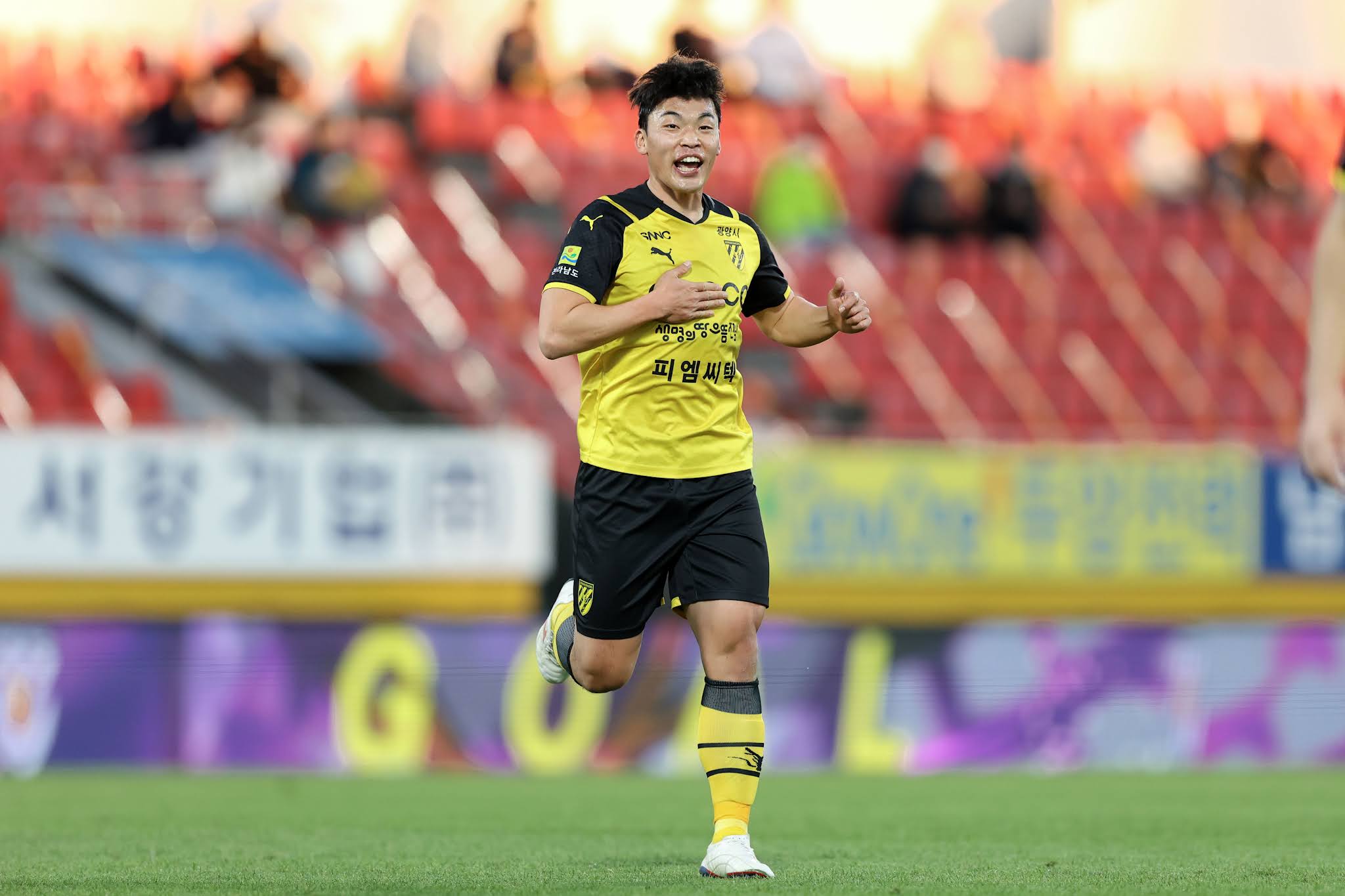 Just 17 hours after the ACL Final, Jeonnam Dragons and Daegu FC will take to the field for the first leg of the 2021 FA Cup Final. The second of the two POSCO-owned teams, Jeonnam Dragons, will do so seeking a fourth crown of their own having lifted the FA Cup on three previous occasions. Jeonnam won the FA Cup in 1997, 2006 and 2007 and are about to play in their first cup final since then. Jeon Kyung-jun's men take on 2018 winners Daegu FC, a club that has enjoyed enormous growth off the back of their first FA Cup triumph three years ago.
Jeonnam reached the K League 2 Playoffs this year before bowing out to Daejeon Hana Citizen in the semifinals. However, throughout the K League 2 campaign, the Dragons proved to be tough to score against having conceded the fewest goals with just 33. The South Jeolla side also scored highly for shots blocked (3rd) and defensive (duels). Jeonnam ended the 2021 season on a run of two wins in five. 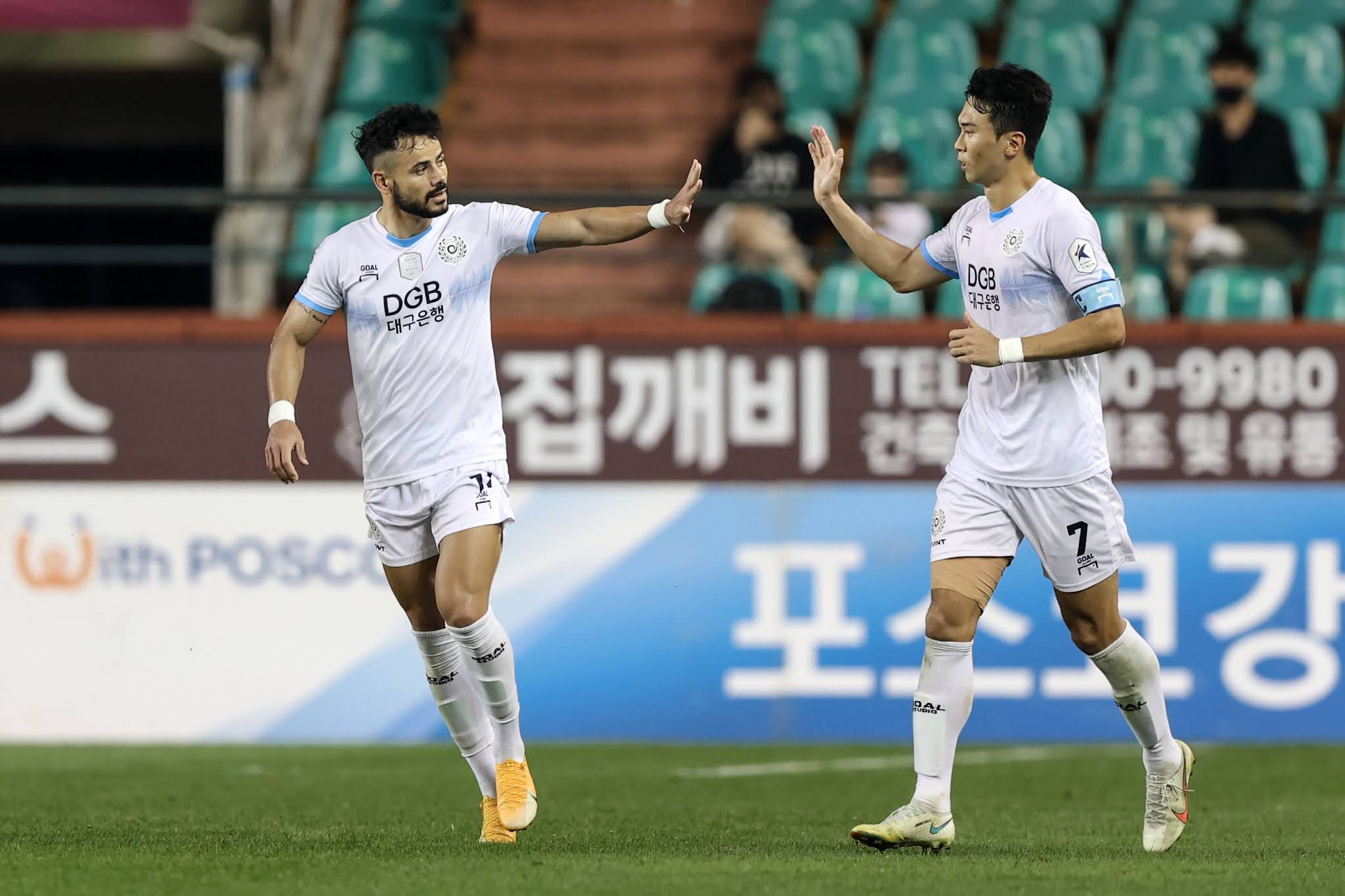 Daegu FC, meanwhile, are on the cusp of claiming third place in K League 1 having built up a seven-point cushion over fourth with three games left. However, a second FA Cup triumph in four years would guarantee the Sky Blues a place in the AFC Champions League Group Stage for 2022. Daegu are fourth in K League 1 for shots and fourth for crosses while Brazilian stars Cesinha and Edgar and third and fourth for combined expected goals and assists with 16.87 and 14.58, respectively. Cesinha has dispatched the third-most number of shots and third-most per 90 minutes.
These two teams have met in the FA Cup just once before. Said encounter came in 2018 in Daegu's run to the final with a 2-1 win sealed thanks to goals from Edgar and Kim Dae-won. The most recent clash come just a month later in K League 1 and ended with the same result - 2-1 away win for Daegu. Overall, there have been 40 meetings between the two clubs with both teams winning 14 and 12 draws.
Road to the Final
Jeonnam's road to the final began with an 11-0 win over Daegu Cheongsol from K5 in the second round, a record win for a K League team in the competition. In the third round, Jeonnam overcame K League 1 side Suwon FC on penalties following a 1-1 draw before yet another shootout win in the fourth round, this time against K3 side Busan Transportation Corporation FC. Up next was a 1-0 win over Pohang Steelers in the quarters followed by a 2-1 win over 2020 AFC Champions League winners Ulsan Hyundai. Daegu began in the fourth round and with a 2-0 win over Gimhae FC. Up next was a 2-1 over Gimcheon Sangmu in the quarters and 1-0 win over Gangwon FC in the semis.
Paul Neat
Managing Editor
다음 글 Preview: Jeju United vs Suwon FC
이전 글 ACL Final Interview: "We're getting ready to give it our all" - Shin Jin-ho
K LEAGUE