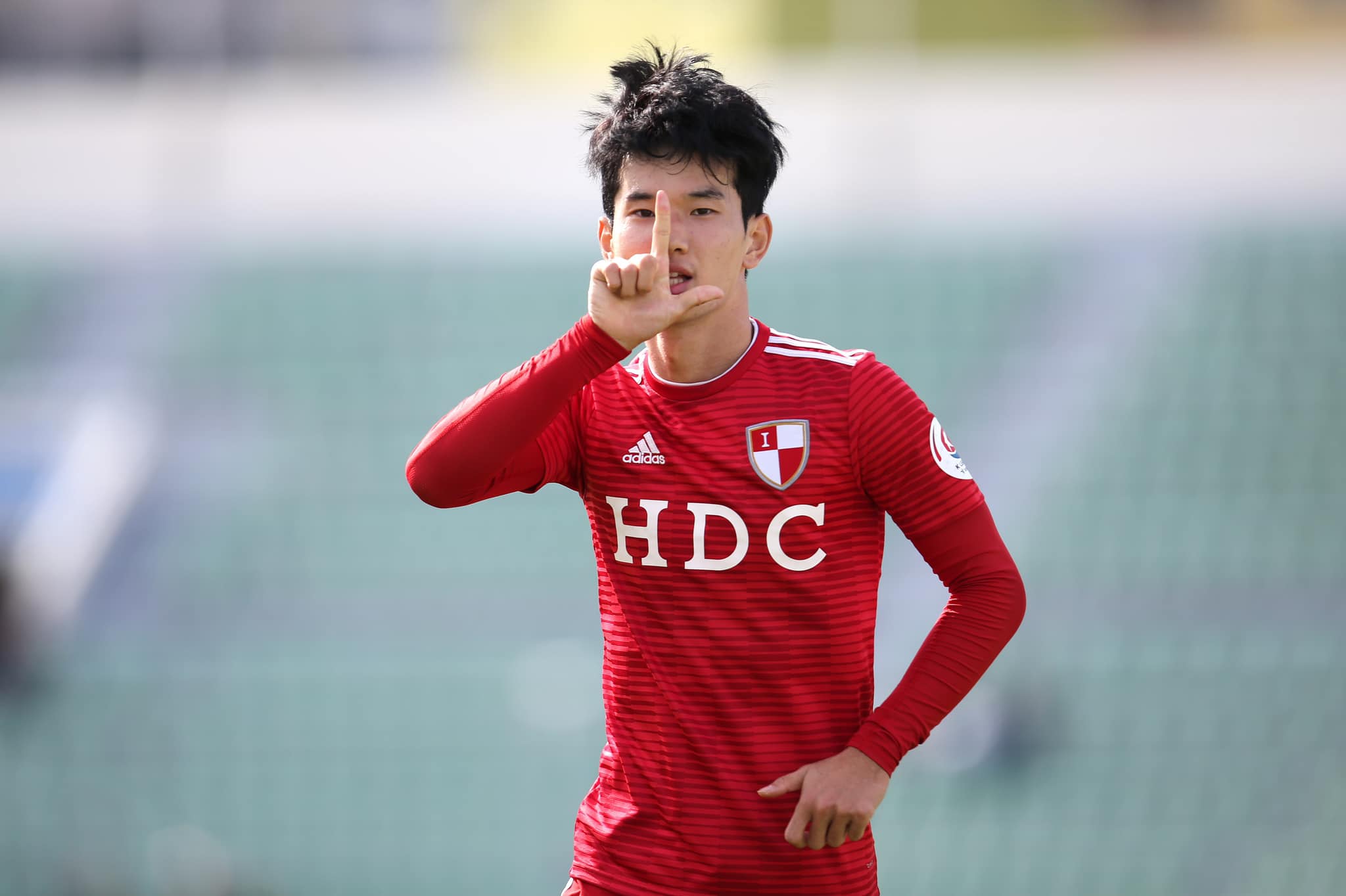 After switching formation last week against Suwon FC in a 3-0 win, Busan continued with their 3-5-2 formation. IPark made three changes from that team, with Lee Jong-min (17) and Han Ji-ho (22) dropping to the bench and Kim Moon-hwan (33) away on international duty with South Korea. They were replaced by Park Jun-gang (3), Kim Chi-woo (7) and top scorer Ko Kyung-min (19). Despite being bottom of the league, Seoul E-land FC managed to shock high-flyers Seongnam last weekend and kept the same team that won 2-1.

The game started with a moment’s silence for former Busan IPark manager Cho Jin-ho who unexpectedly passed away a year ago this week having guided IPark into second in the league and an FA Cup semi-final this time last season.

After the moment’s silence, Busan started quickly. A second minute corner was whipped in low by Brazilian Romulo (10) and found Ko Kyung-min (19) who flicked the ball into the corner with the outside of his foot to give Busan an early lead.

IPark doubled their lead after 28 minutes with an excellent goal. With the ball in midfield, Lee Jae-kwon (8) played a first time lobbed ball over the defence for Kim Jin-kyu (23) to run on to. The winger used his pace to get behind the defence and seeing goalkeeper Kim Young-kwang was off his line, hit a dipping first time half-volley into the roof of the net.

Kim Jin-kyu (23) should have had his second before half time. Lee Jae-kwon’s (8) first time through ball once again caught out the defence but this time goalkeeper Kim Young-kwang saved with his legs in a one-on-one situation. Moments later Romulo (10) found Kim Jin-kyu again, but this time, his effort from the edge of the box was palmed wide for a corner. However, it was 3-0 moments later. Romulo’s corner found Park Jun-gang (3) 25 yards out. Park took a touch to control before lashing home from distance for only his second career goal.

Busan’s best chance of the second half fell again to Kim Jin-kyu. Neat work from Romulo (10) and Kim Chi-woo (7) found Jin-kyu unmarked on the penalty spot, but this time the youngster blazed over the bar.

Seoul E-land’s best chances throughout the game came from crosses. An excellent intervention by Busan’s centre-half Kwon Jin-young (77) kept out Ahn Ji-ho in the first half, and IPark goalkeeper Koo Sang-min (21) had to be alert to save from Cho Jae-wan at the start of the second. Eland did manage a late consolation though when a long ball caused confusion in the box and Jeon Min-kwang’s flick on found Cho Chan-ho who headed home

The win moves IPark up to third in the league with four games left. Busan’s next game is away at fourth place Daejeon.

Busan’s next home game is against Ansan Greeners on Sunday October 28 at 2pm. This game has been designated as ‘International day and the club is offering 1+1 tickets on presentation of an ARC card. Therefore, you can buy 2 general admission tickets for 10,000.

In addition, all expatriates will be entered into an exclusive special prize draw where you could win: