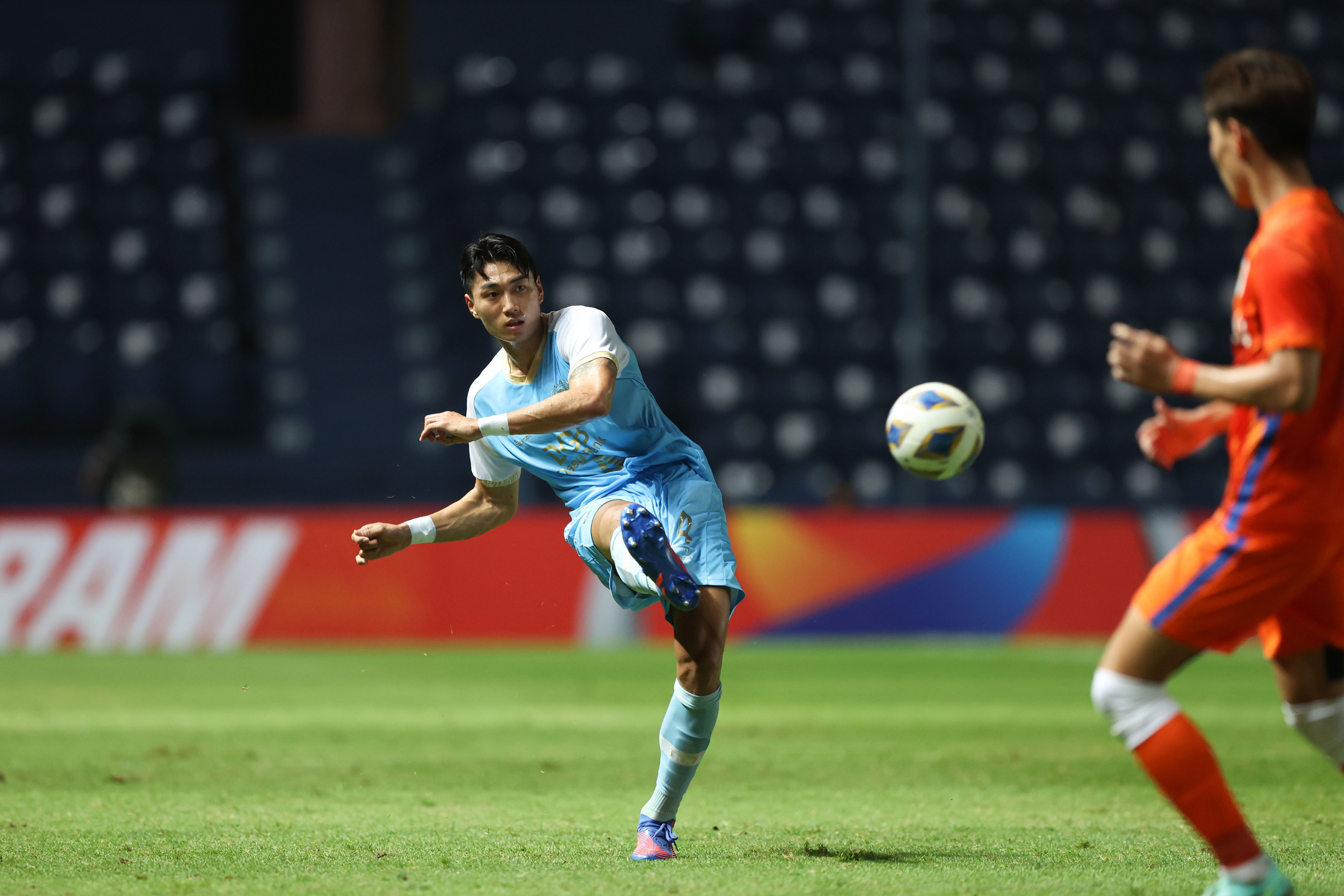 Daegu FC's towering defender insists that he and his teammates aren't heading into the AFC Champions League knockout stage just to make up the numbers. Instead, the Sky Blues are keen to extend their stay in the competition and turn their form around. K League United Columnist Jung Muyeol caught up with Daegu's number four recently to look ahead to the clash with Jeonbuk.

Jung Muyeol: Hello, Tae-wook. Thanks for joining us for an interview. How are you feeling after today's defeat?

Jeong Tae-wook: "Well, we’re going into almost 10 games without a win now and we’re trying our best to improve our performances and change the atmosphere in the dressing room, but the results aren’t coming in the way that we wish. So we’re feeling frustrated. But, there are still games to play, and we talk to each other a lot about how to turn things around."

JMY: You must be very fatigued. How are you feeling in terms of that?

JTW: "If I don't run hard just because I feel tired, this can have a negative impact on our team. I think other players in the team feel the same way, so I push myself hard to overcome it and just try to perform as best as I can."

JMY: Recent struggling form and poor results are really worrying many fans. What is the atmosphere like in the dressing room at the moment?
JTW: "All players are aware of it. We know that fans are worried and are feeling frustrated about the results and our performances. Every single player in the squad from our captain Kim Jinhyuk right down to the youngest lads, we’re working extremely hard to turn the tide and get the good results that fans are really hoping for."
JMY: "Okay, now let's move back to last year’s Asian Champions League. In the Round of 16 against Nagoya Grampus, you had to leave the pitch, injured and see the Sky Blue lose 4-2 from the sideline. How excited are you about this year's tournament? What's your thought about going to this year's competition?"
JTW: "Yes, personally I felt sorry and like I let people down because I think my absence really badly affected our results. However this year, I am very determined to show off our ability in the ACL, for me personally and as a team. I really hope we can pay back our fans with a good result in this competition."
JMY: This season Daegu FC will square off Jeonbuk Hyundai in the Round of 16 in ACL. In the league, both sides met twice and recorded two 1-1 draws. What do you think of this match-up?
JTW: "I think both teams know each other very well. So we should be well-prepared with what we can do best for a clash with Jeonbuk."
JMY: As you just mentioned, what aspects do you think Daegu should be more focused on for preparation?
JTW: "Well, I think we are more of a defensive team rather than a side that’s set up to be more attack-minded. So we need to be well-prepared defensively to try and oppress Jeonbuk and what they’re good at."
JMY: Finally, what's the goal for Daegu in ACL2022 and any final words to fans?
JTW: "We don't just participate in the ACL, but go to the tournament with a firm goal that we will win the round of 16 match no matter what. We will do our best to get a result and stay in the competition as long as possible."
Jung Muyeol
K League United Columnist
다음 글 Interview: Jeonbuk Hyundai Motors defender Kim Jin-su
이전 글 2022 Hana 1Q K League 2 Round 33 Preview
K LEAGUE