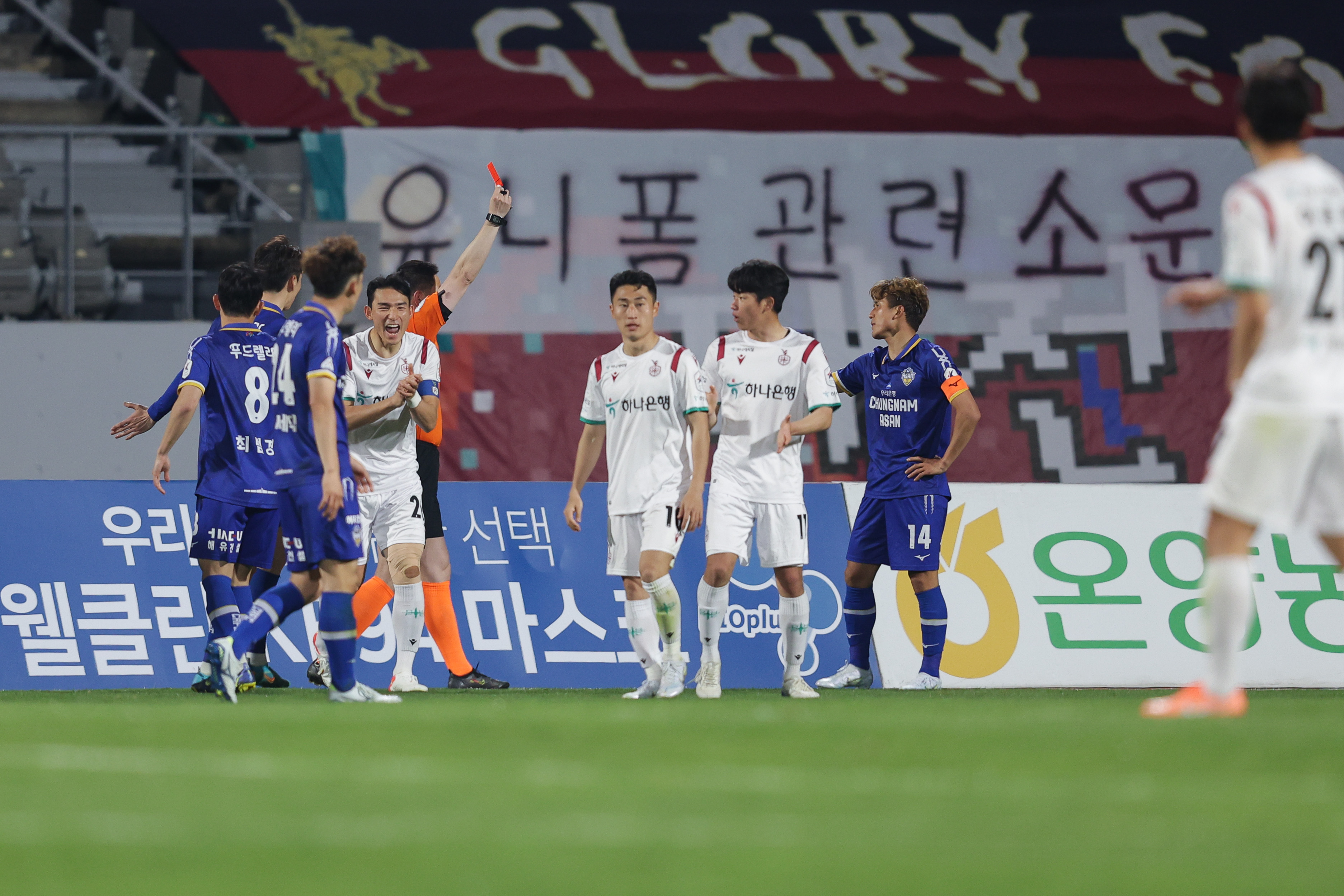 It's heating up in K League 2 with the race for the playoffs gathering speed. Daejeon Hana Citizen will be looking to return to second place when they face off against fellow playoff hopefuls Chungnam Asan in the third Chungcheong Derby of 2022, FC Anyang will be keen to extend their unbeaten run to 10 when they make the long trip south to take on Jeonnam Dragons, while Gwangju FC's Reiss has been involved in four goals for the Yellows in their last five matches. He and Gwangju take on Ansan Greeners as the 2022 Hana 1Q K League 2 campaign reaches Round 32. 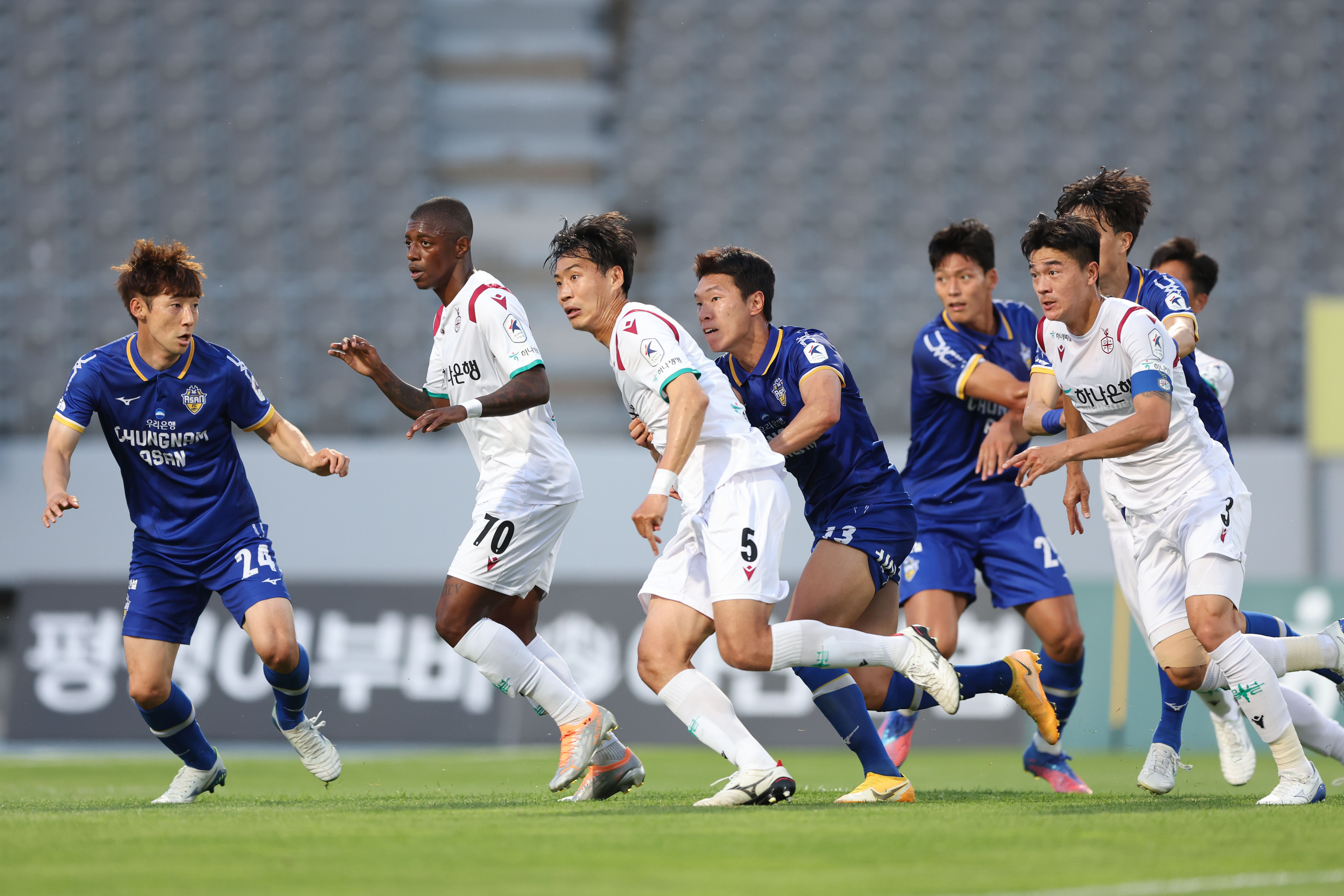 A comprehensive 3-0 home win over Busan IPark last time out moved Daejeon Hana Citizen back into second in the table. But with FC Anyang and Bucheon FC 1995 both picking up points on Monday night, the Purples dropped back down to fourth again soon after. This Sunday, then, Lee Min-sung's men will be keen to return to the place that will be seen as the bare minimum for them this season with yet another playoff campaign staring them in the face.
In the triumph over Busan, there was a first Daejeon goal for summer recruit Renato Kayzer - the Brazilian steered home Masa's inch-perfect cut back from the left to give Citizen the lead following a crisp passing move. Another positive was a first K League start of the season - and first cleansheet -  for young goalkeeper Lee Jun-seo who came in to deputise for recognised number one Lee Chang-geun. The win was Daejeon's third in five matches.
Up next is their provincial neighbours Chungnam Asan. The Owls make the 42-mile trip to Purple Arena having lost their last two matches. But with genuine playoff ambitions - and wanting to keep hold of the final playoff spot - Park Dong-hyuk and his men will be keen to return to winning ways against a team they've beaten already this term. At present, Chungnam hold just a four-point lead over Gyeongnam in sixth.
Sunday's meeting will be the tenth Chungcheong Derby. It's a fixture that tends to produce goals with 30 shared between the two teams to give an average of 3.33 per match. Asan won the last meeting 1-0 in July but the Purples ran out 3-0 winners in the season's first encounter. The two teams played out a 4-3 thriller - won by Daejeon - in the final meeting of last year. It will most likely be more of the same for Daejeon in terms of what will be expected in Sunday's clash. The Purples are one of the league's most trigger-happy teams with the third-highest number of shots dispatched. They have the highest xG in the division of 45.07 with 43 goals scored. Chungnam, meanwhile, sit just behind Daejeon in third for shots from outside the area. 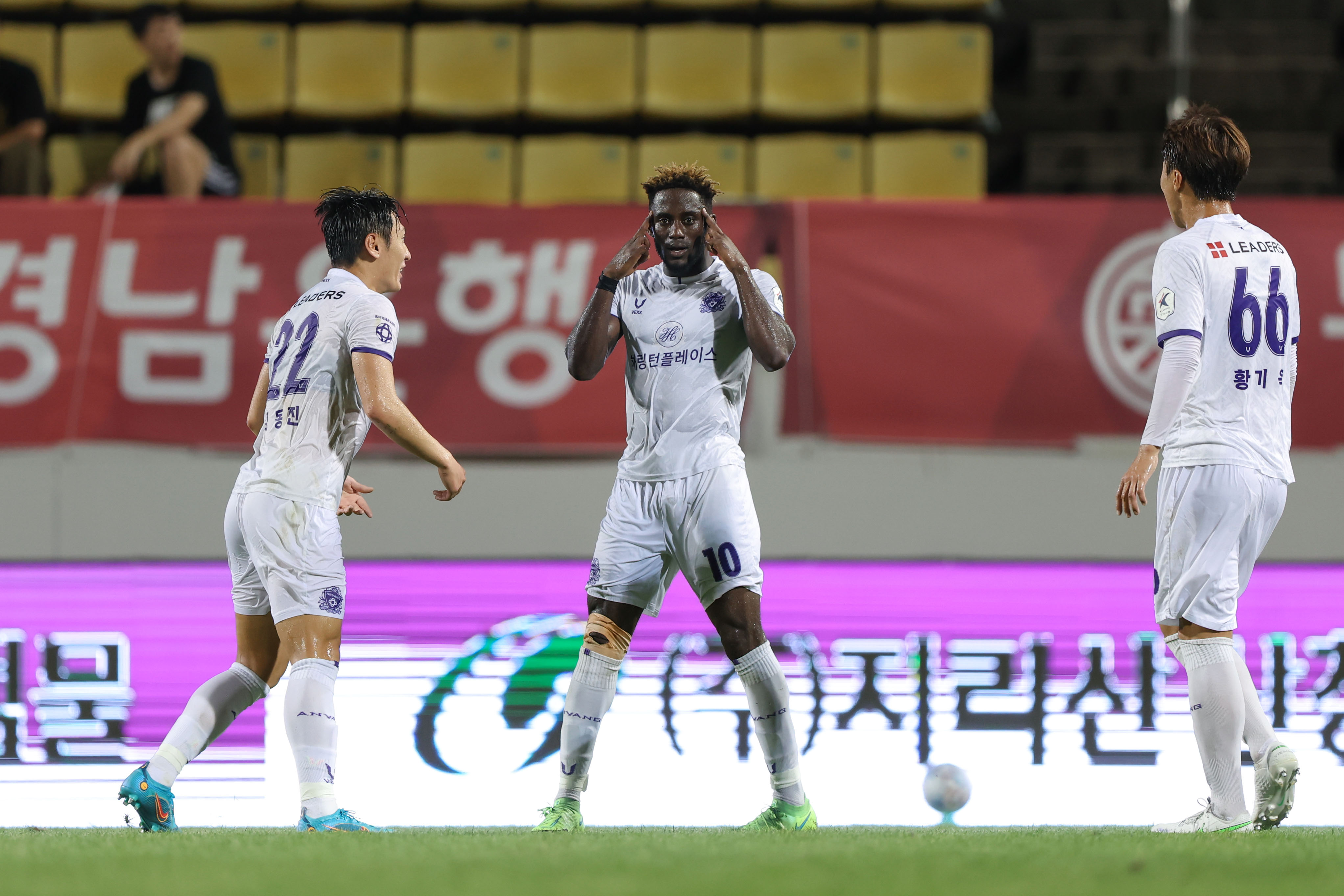 FC Anyang are one of the division's in-form teams with three wins from five and unbeaten in nine. Anyang on Monday overcame Gyeongnam FC 3-2 in a game that saw the Violets give up a 2-0 lead to then score a 94th-minute winner through Maxell Acosty for his sixth of the season. Kim Dong-jin, who teed up Acosty for the winner, now has four goal contributions in his last four matches having scored the winner against Busan in their previous outing and scoring and assisting against the Gyeongnam. The win keeps Anyang firmly in the playoff picture, level on points with Bucheon who sit second but with a game in hand.
Anyang have proved to be a passing side with the fourth-best passing rate in the division, racking up 13.5 passes on average per minute of possession. Their shooting accuracy is also in the top four with 38.4% of attempts on goal hitting the target. Up next is Jeonnam Dragons away this Saturday. The Dragons are on a stretch of seven matches without a win and just one win in 11. 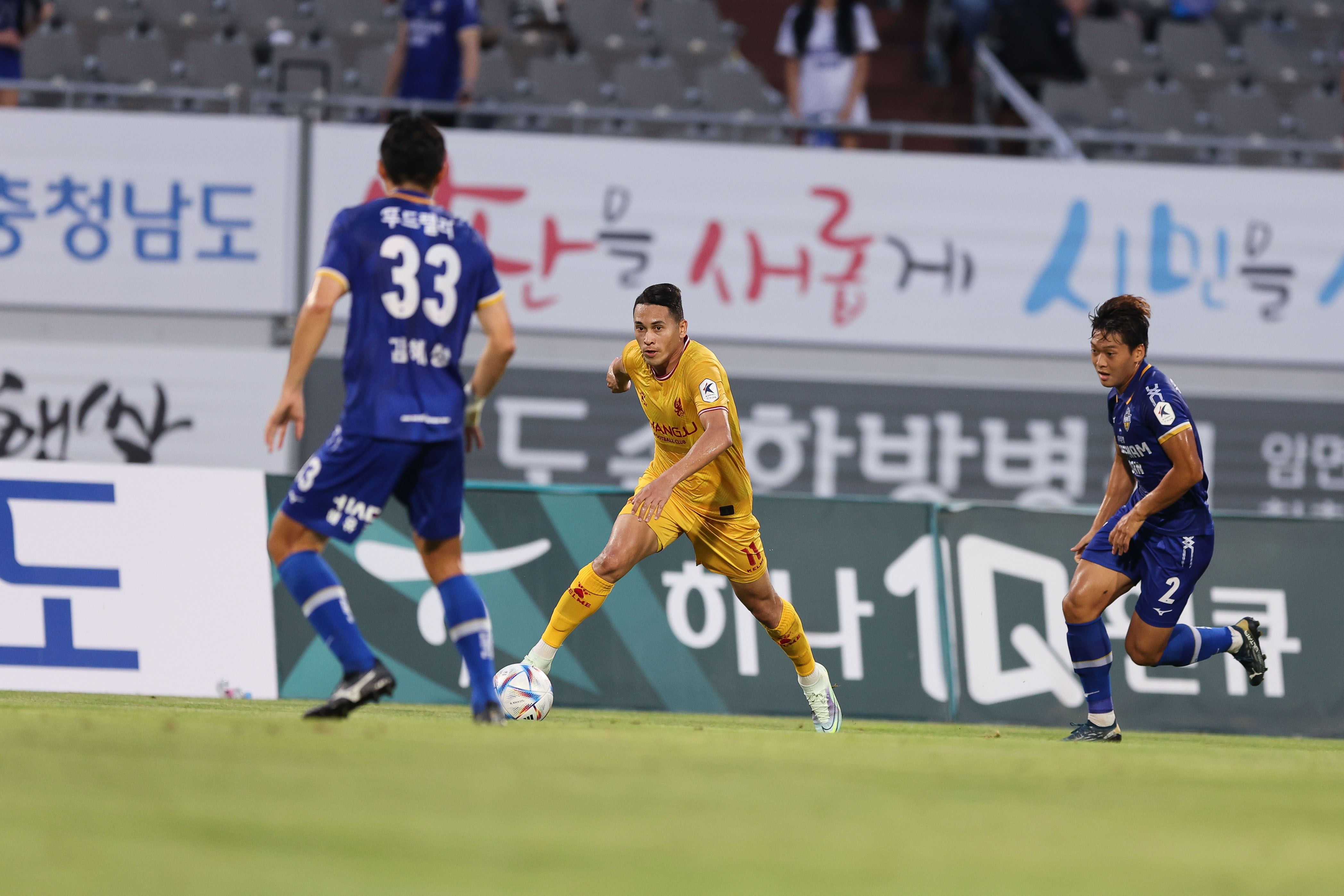 Gwangju FC's Brazilian ace Reiss is a man in form. In the 2-2 draw against Seoul E-Land in Round 26, a match which saw the Yellows come back from 2-0 down, Reiss got himself an assist, in the next but one match he got another - the 2-0 win over Busan IPark in Round 29 - he then scored the winner against Daejeon Hana Citizen the week after and then laid on yet another assist in the 2-0 win over Chungnam Asan last time out. That makes four goal contributions in his and Gwangju's last five matches. He's the team's leading scorer with nine and is joint-second for assists with four. The 29-year-old showed he can cut it in the top division, too, having notched four and assisted five last season in 25 starts. This Saturday, Gwangju FC are away to Ansan Greeners who have seen something of an upturn in form of late with three wins in their last five. But the two previous meetings between the two teams from this season ended in 2-0 Gwangju wins.

Elsewhere in K League 2 Round 32

Elsewhere, Bucheon FC 1995 entertain Seoul E-Land looking to maintain their impressive form. Bucheon are five unbeaten with three wins and sit second in the table. Seoul, meanwhile, have one loss in five and have held Bucheon to draws in each of the two meetings this season.
Closing out the weekend's K League 2 action is Gimpo FC versus Gyeongnam FC on Sunday night. Gimpo have just one win in their last five, Gyeongnam two from theirs. Both teams will see each other as an ideal opponent to return to winning ways. The last meeting ended in a 6-1 Gyeongnam win, the first ended in a 2-1 win for Gimpo.

Follow all the action LIVE, for FREE and in HD on TV.KLeague.com