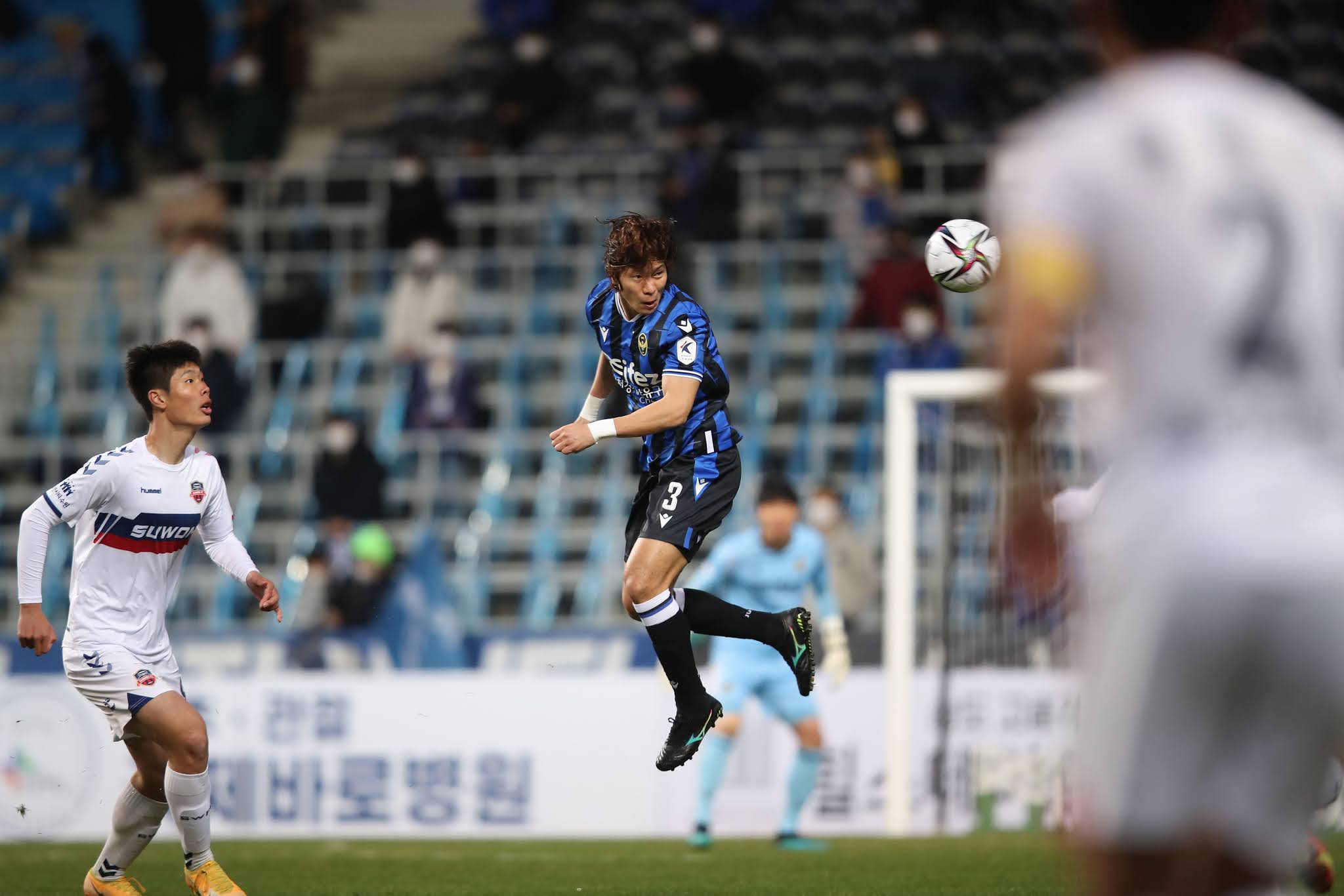 K League 1 Round 10 kicks off this weekend with the table starting to take shape. There's a bumper crop of four Saturday games to get stuck into with Incheon United v Jeju United looking particularly tasty alongside FC Seoul vs Daegu before Gwangju FC host Pohang Steelers in the evening. The current top two both play on Sunday with Ulsan Hyundai away at Suwon Samsung Bluewings before Jeonbuk finish off the top tier action at home to Seongnam FC.
Peter Hampshire highlights the match, team and player to watch this weekend.


Match of the Round 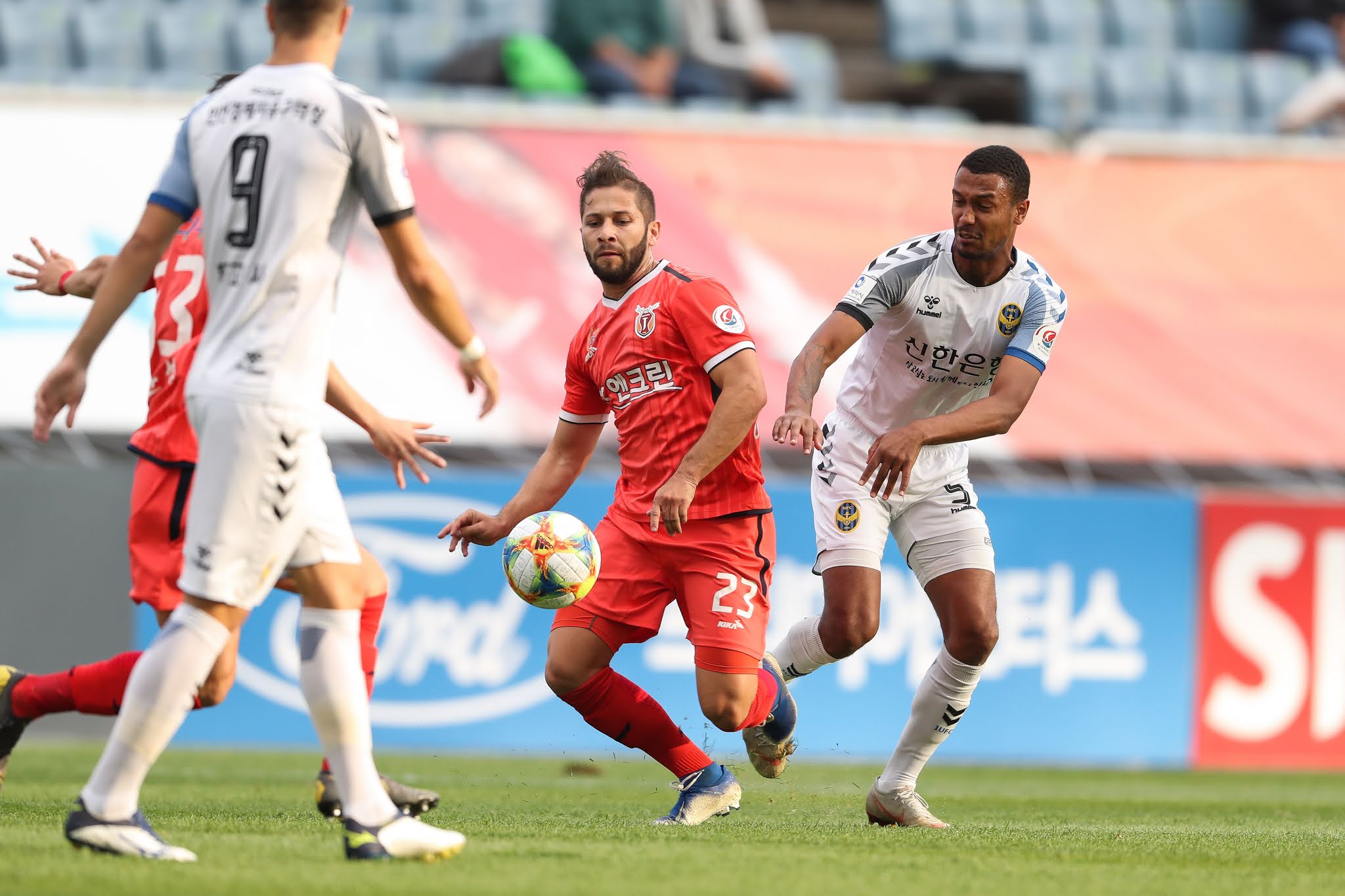 Viewers may have a tough choice of which game to watch on KLeague TV on Saturday afternoon as FC Seoul take on Daegu FC at Sangam at the same time as Incheon host Nam Ki-il's Jeju. The Tangerines have made an interesting return to the top tier, losing just once to bottom-placed Suwon FC and drawing six of their nine games. Seogwipo has been somewhat of a fortress this season but they have also put in good performances on the road, drawing at Ulsan and Seongnam FC. Oh Seung-hoon has been in good form, second in K League 1 for times coming off his line, he has conceded just six in seven for the newly promoted team.
Both these sides lost in the FA Cup in midweek with Incheon looking to add to their two home wins earlier in the season. Stefan Mugoša returned to the bench in defeat to FC Anyang and will be a much needed boost for Jo Sung-hwan's side. The Montenegrin is yet to play for Incheon in K League since the 1-0 win at FC Seoul in October. 38-year-old Kim Kwang-suk is someone to look out for with the former Pohang stalwart featuring in every minute of the season so far, ranking seventh in the division for success in aerial duels. Elías Aguilar will face his former club and has also started the season in fine fettle, finding the net on three occasions.


Team of the Round 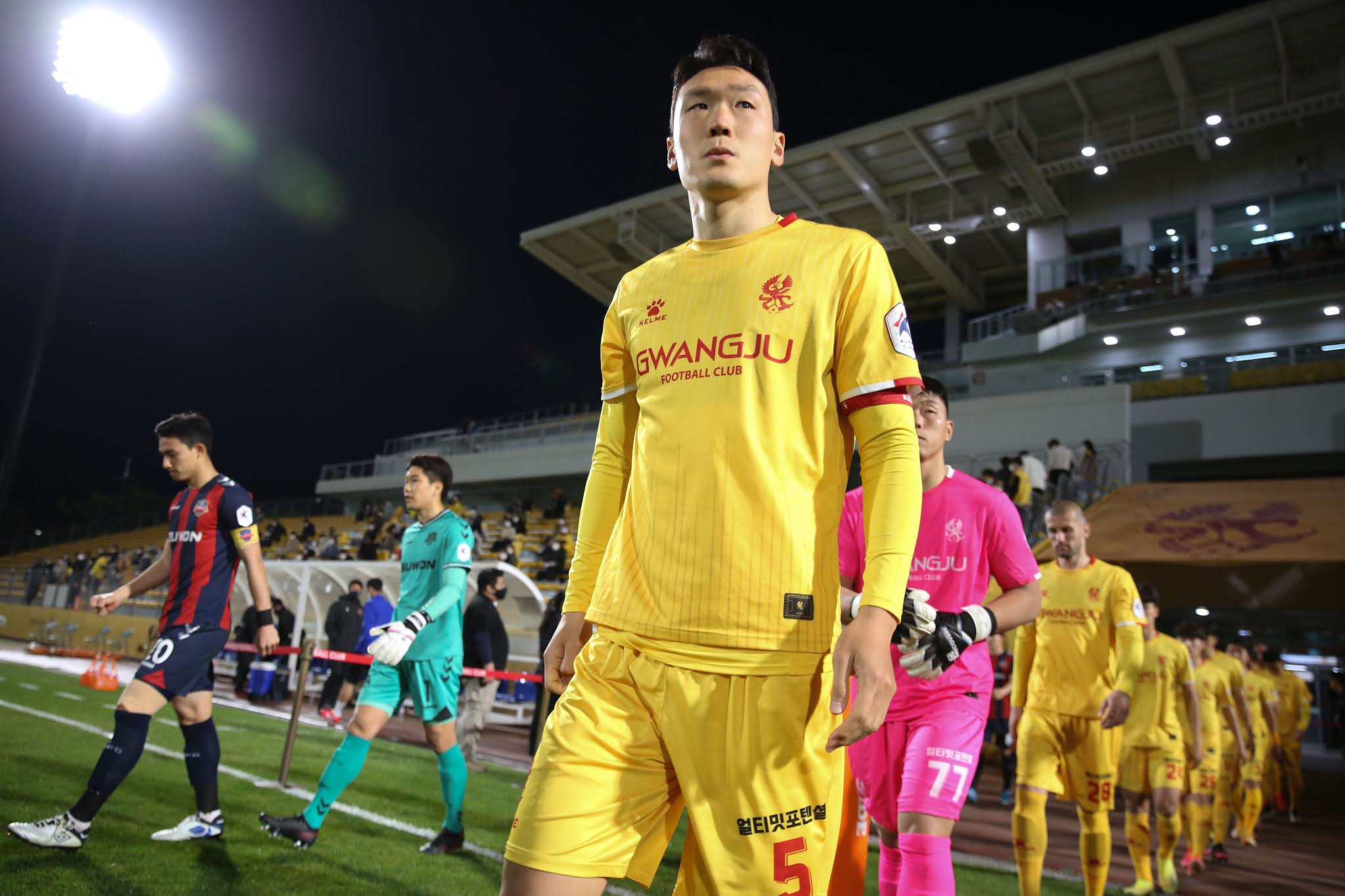 Gwangju have been in inconsistent form this season but thoroughly enjoyed their last two home outings, picking up a maximum six points against Incheon United and Suwon FC. With talisman striker Felipe having returned to full match fitness, the Brazilian has been complimented by a host of young talents out wide. Yellows boss Kim Ho-young has reshuffled his defensive line of late with Aleksandar Andrejević and Lee Han-saim the new pairing at centre back.
A first home win at their new stadium with Lee Hi-gyun netting his first professional K League goal to win it in stoppage time, was swiftly followed by another just four days later. 18-year-old Eom Ji-sung, who has also impressed in the National Team youth setup this year, is one to look out for on the wings. Hosting a Pohang side they have not beaten in 19 attempts this weekend and looking for a third consecutive home win, Gwangju will hope to improve on their performance in defeat to Seongnam in the league and a much-changed line-up against Busan Transport Corporation in the FA Cup last time out. 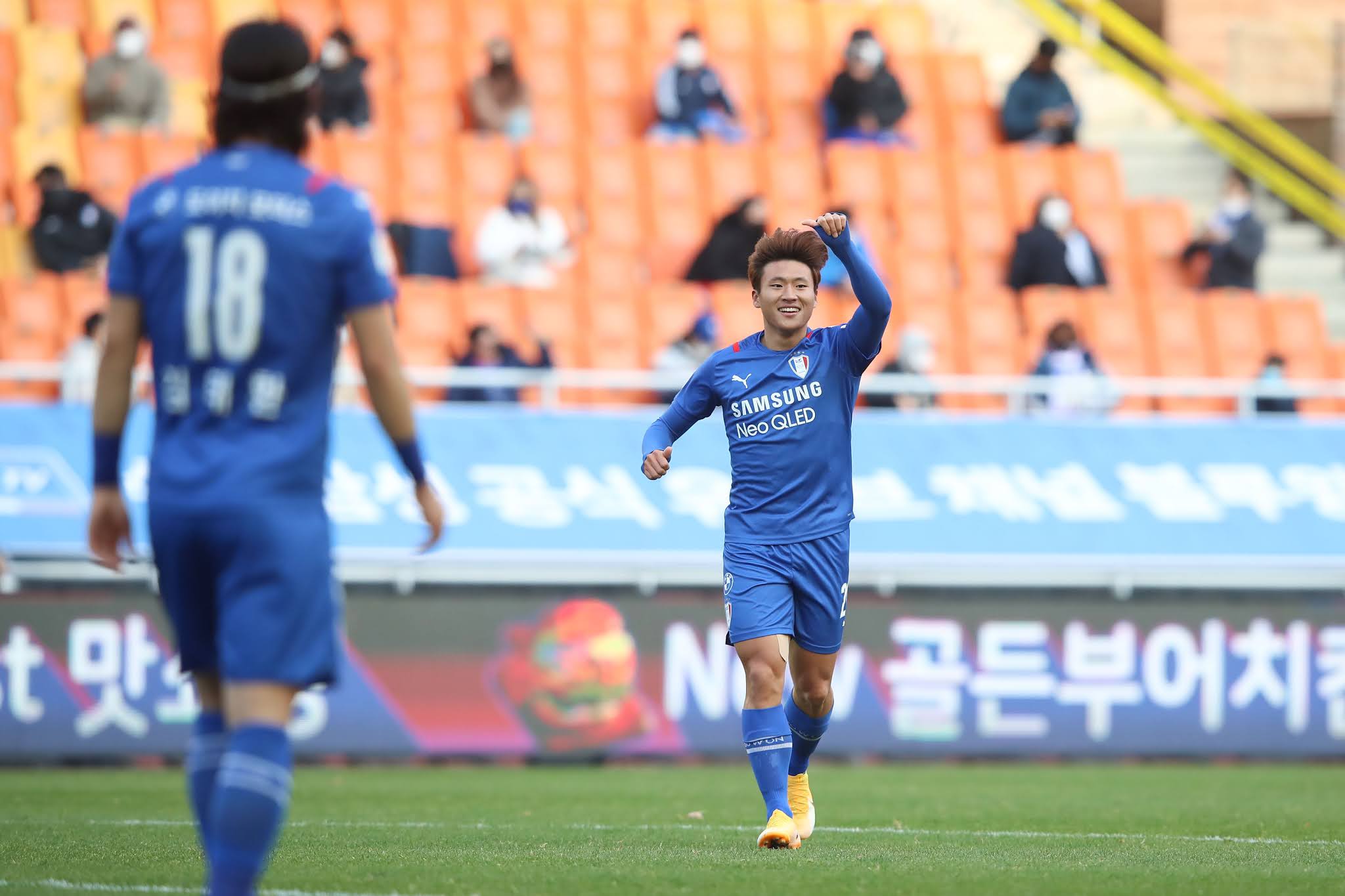 At 19-years-old Jung Sang-bin has bagged two goals in just 276 minutes of K League football in his debut season. Enjoying a taster of Asian Champions League football at the back end of 2020 in cameos against Guangzhou FC, Jung has cemented himself as one of Suwon's key U-22 options and played 90 minutes for the first time in his professional career in defeat to Jeju United last time out.
Jung possesses a fantastic touch and composure for a young talent, twisting and turning the defences of both FC Seoul in the Super Match and Pohang Steelers in goals against them. Having a mentor such as K League record breaker Yeom Ki-hun in the squad can only benefit Jung, who has featured in four games this season. Only three players under 24 rank in the top 30 in K League 1 for expected goals this season, with Jung (19th) the youngest alongside Song Min-kyu (1st) and Kim Min-jun (5th). Kim is another forward-thinking player to look out for this weekend as his Ulsan Hyundai side travel to the big bird to face Jung's Bluewings. 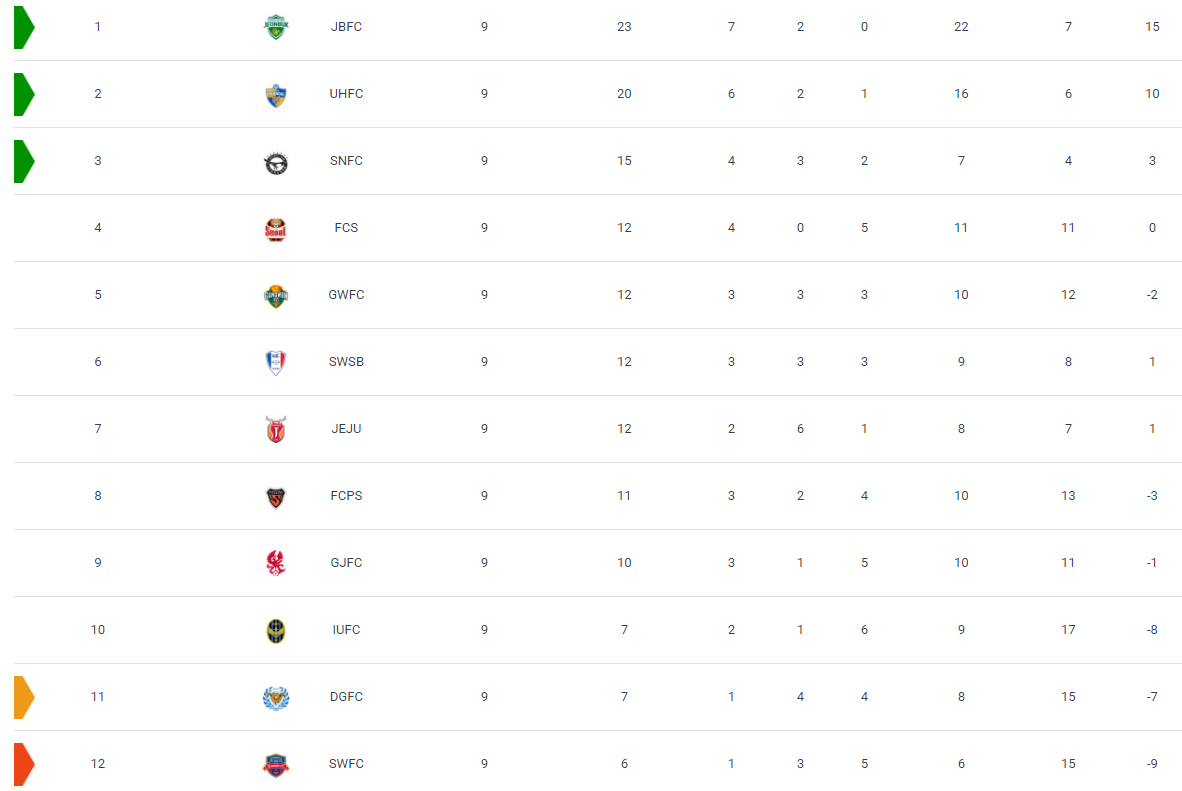